Little Reef and Other Stories 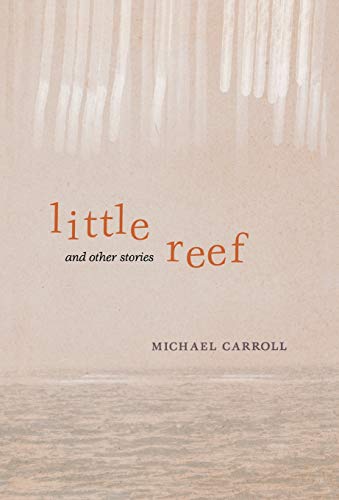 “. . . so jarringly poetic and heroic in their raw power you’ll want to read them more than once.”

Readers of such revered literary journals as Ontario Review and Open City may have already encountered the short stories of Michael Carroll. His readership will undoubtedly grow with the release of his first collection  Little Reef and Other Stories.

Unfortunately the first half the book titled After Dallas is a bit of a slog. It starts with the rambling “From the desk of  . . . hunter b. gwathmey . . .” about a 15-year-old budding gay writer who is trying to find his literary and sexual identity. His favorite authors are Fitzgerald and Capote, and he tries to lose himself in that forgotten world in his attempt to escape from his Jacksonville, Florida, reality. He turns into an intellectual groupie of an adjunct literature professor and campy local theater critic, who in fact turns out to be his first real friend.

“referred pain” is about Diane, the Columbia grad who is now the supportive wife of literary master Gary, who hosts his fellowship students in their home. She is ostensibly content organizing Gary’s writing itinerary between semesters, posing as the supported fulfilled spouse of an academic. Meanwhile, when she finds herself flirting with a female student, she flies into denial and runs for the chardonnay.

In “barracuda” Becca is an adoring publicity agent for Adonis and tries to find fulfillment in his deeply vapid world of boyfriends and bars. The sexual subtext gets as muddy as an after-hours blender drink.

“her biographers” also loses focus covering a crusty, benign, book editor who is being interviewed by two young journalist who idolize his ex-wife, a famous author.

In Little Reef and Other Stories gay and straight perceptions and sensibilities are side-by-side realities that are just to be chronicled, not judged. Some of the stories though suffer from too much literary cleverness, after a point you figure out how much is a retreat to roman a clef.

The repeated forays into the heady literary milieu may be deft, but run out of steam fast. Meanwhile, Carroll’s explicit sexual scenes appear when you least expect them, as a very stylized device, revealing something or nothing about a particular character. But it’s the action that’s much more interesting than the endless chase for literary success.

Then comes “little reef” and with it Carroll’s most potent voice, characters both tragic and comic. “little reef” tells the story of 80-year-old Jeannette who hangs out in a seaside woman’s bar off peak hours meeting her grandson Wes. She has secret dreams for him, among them hoping he snags a respectable boyfriend. Meanwhile, Buster a middle-age lonely bartender has a secret thing for Wes. Of course this turns into a fateful afternoon as the sun goes down on Jo’s little reef bar, and Jeannette reconciles some of her past and, as it turns out, her future as she sips her margarita.

The grit and pulse of that story continues through the second set of stories titled “After Memphis.”

“first responder” is a allegorical story about brothers, one straight, one gay, both surviving tribal family oppressions and a family‘s morbid homophobia. Scott, the gay brother, has to survive in a nether-hetero world until he can escape and now his brother, formerly a condemning born-again, is ready to meet his brother, living with a successful writer, on his own turf in New York.

Scott and his lover (in an open relationship) are in closer view in the follow up story “admissions” about Scott’s famous novelist partner suffering a stroke and how his Scott faces up to the challenges of taking care of him and surviving with hope.

The remaining stories, particularly “avenging angel,” which deals with reconciling impending grief, are so jarringly poetic and heroic in their raw power you’ll want to read them more than once.