The Life and Times of Persimmon Wilson: A Novel 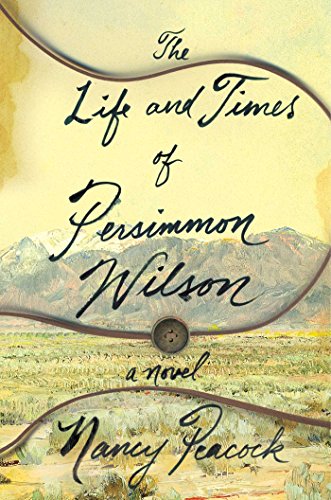 The Life and Times of Persimmon Wilson is a startling novel following the life of Persimmons Wilson, a former slave that fights in the Civil War, only to be imprisoned and hanged once he obtains his freedom. It is a story of hope, perseverance, violence, and love. Persimmon Wilson is a gripping work that looks into an era of gross human violence with brutal honesty.

The Life and Times of Persimmon Wilson proves gripping from the very first sentence. The reader first encounters Persimmon, a.k.a. Persy, in a jail cell, waiting to be hanged. His crime? Raping a white woman and killing her husband, Master Wilson. As the story unfolds, however, the reader quickly realizes that not everything is as it’s been made to seem and is forced to sympathize with Persy and even agree with his actions.

Written in the style of a confessional letter by Persy’s hand, the novel travels back in time to Persy’s days of enslavement. The confessional style in this first-person narrative creates an intimacy between the reader and Persy. The reader connects with Persy on a very deep level.

There is, however, a feeling of discomfort embedded into this bond on the part of the reader. Because the novel is written as though Persy is addressing his former masters, his current captors and white society as a whole, the reader is put in the discomfiting position of these addressees. The reader therefore feels as though she is directly responsible for the actions of these various people and finds herself squirming under accusations, both spoken and unspoken.

The reader is made to bear this bizarre sense of guilt all throughout the novel, which in turn makes her sympathize with and invest in Persy even more than she already has. This discomforting is strengthened by the novel’s detailed use of descriptive language.

Not a novel to wax poetic, Persimmon Wilson portrays the brutality of slave life and the Civil War Era in a glaring light. Utilizing auditory, even olfactory senses, the novel places the reader right alongside Persy in the most intense moments. The reader is right there with Persy, lying bound on the ground, when he is being whipped. She feels every whip of the lash against his back and the taste of the dirt pressed up against his mouth and nose. She is there when Master Wilson visits Persy in his sickbed, only to declare that he will one day die by his own hand. She is even there when Persy and Chloe, the woman he supposedly raped, are making passionate love.

In its essence, the novel is a story of human endurance and the endurance of love. Starting from when Master Wilson first purchases Persy and Chloe from the slave market, the novel portrays how the two fell in love and saw each other in secret, how Master Wilson lusted after Chloe, repeatedly raped her, and eventually made her his wife, how the two lovers were separated when Master Wilson shot Persy point blank and how Persy managed to survive despite his wound, fought in the war, and traversed half the country to find Chloe.

The intermingling of love and pain is enmeshed deeply into the novel, as it is into history itself. The reader is spared neither the most violent scenes, nor the most tender of moments and is confronted with the idea that maybe love isn’t free and has to be paid for with pain and longing.

A tantalizing question that the novel builds up is that of freedom. In his days of slavery, the reader encounters a submissiveness and paralyzing fear in Persy that quickly becomes hard to bear. Persy’s acceptance of his situation and his subsequent subservience is frustrating for the reader, just as it is frustrating for Persy himself. When Persy questions his manhood and his humanness as a result of this subservience, so too does the reader.

As Persy’s anger (at his “master,” at the world, at himself) builds, so does the reader’s. The reader would like nothing more than for Persy to break his chains, both literal and mental and run away with Chloe, just as they had been planning.

When Persy is finally free but without Chloe, he is still held captive; not by any man—at least not until he’s imprisoned—but by his desperate love for Chloe and his mad quest to find her again. Interestingly enough, this very love that had set him free while he was a slave causes his later imprisonment. And yet, while he writes in his lonely jail cell, Persy is subservient to no one. He is free of guilt, of fear, and of submission. In a bizarre way, he is freer than he has ever been, and in that freedom he is vindicated.

Though the novel travels back in time to recount Persy’s story, it mostly follows a linear narrative structure. Persy attempts to cram every detail he deems crucial into this structure and for the most part this proves grounding for the reader.

Unfortunately, there are also times when this detail-oriented narrative backfires. Month-long frames of time where nothing of significance happen are poured onto pages, especially in the beginning of the novel. These accounts soon grow monotonous, and while they do an accurate job of portraying day-to-day life for Persy, they cause the reader to grow bored and lose interest. Perhaps it would have been more beneficial for the novel had it spent less time on these chapters in which time seems to stand still and more time on the budding relationship between Persy and Chloe or on Persy’s days in the army.

While Persy and Chloe’s love and relationship are explored at length, the beginnings of this love are hardly broached. They see each other, talk once, and are in love. Though this seems very romantic in a Romeo and Juliet way, it is a bit hard to believe and get into.

The same can be said of Persy’s service in the army. When the novel tackles moments plucked from this time, it does so in a spectacularly captivating manner, so much so that the reader could spend hours lost in them.

But because these moments are so few and brushed past so quickly, the reader is thrown for a loop. She sails through the air and lands smackdab in the middle of the post-war era and Persy’s search for Chloe. The reader’s attention therefore occasionally wanders, causing her to disengage from the storyline.

All that being said, The Life and Times of Persimmon Wilson is nothing if not a striking and engaging novel. In its brutality and compassion, its unflinching honesty, it tackles controversial and thought provoking themes and dares to ask the question: What is the measure of a free man?