Life and Other Inconveniences 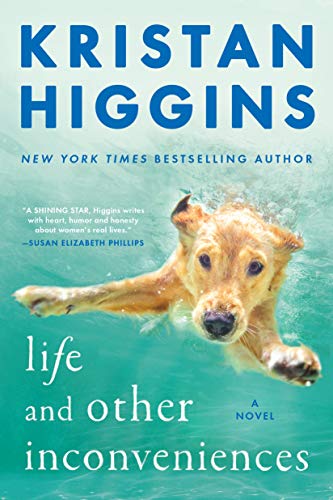 When Emma London was ten, her mother committed suicide. Her paternal grandmother, Genevieve, took her in to raise her. Aristocratic, wealthy, and snotty, she was hardly the right person to care for a young girl, but her son, Clarke, Emma's father, was no better.

Emma barely saw her ne'er-do-well father and looked for love from her grandmother, but it was never forthcoming. Emma became pregnant prior to her high school graduation and refused to either abort or give the child up for adoption. Genevieve threw her out like last week's garbage and fortunately, for Emma, Pop, her mother's father welcomed her.

Emma named her baby Riley, her mother's maiden name. To support them, she worked in a grocery store and took college classes at night and now, she and 16-year-old Riley still live with Pop in the Chicago suburbs.

When Riley's three closest friends shun her, she is bewildered and hurt, drawing into a shell. This happens right before summer vacation, and Emma wonders how she can help her. Then she receives a call from Genevieve reporting she is dying. She asks Emma and Riley, the great-grandchild she never met, to come to her home in Connecticut and be with her before she dies. Emma wants no part of her, but considers this as a way to get Riley away from her tormenting ex-friends, and because Emma consults with some clients via the Internet, she can work while away.

She has doubts about going, not having seen Genevieve since was disowned:

"The night of the fateful phone call, I told Pop about Genevieve's offer when Riley was safely in her room, music playing.

"'Don't trust that ancient windbag further than you can throw her,' he said, his impressively bushy eyebrows lower in a scowl.

Genevieve's "bribe" of leaving her wealth to Riley makes Emma reconsider. Finances are tight, and she worries about Riley's college education, so she unwillingly accepts the invitation with the stipulation Riley does not know about the offer.

Pop joins them, though he refuses to stay in Genevieve's mansion and instead rents a small apartment in town. Riley is flabbergasted when she sees the wealth she walks into and cannot contain her excitement. Emma is not happy but understands this is for Riley.

Their reunion is chilly, and Genevieve is dismayed upon meeting Riley for the first time—a typical teenager. With lustrous red hair and bold and beautiful eyes—the same eyes of her long-lost son, Sheppard—she knows she has her work cut out for her. She ponders:

"Here are some facts about getting older.

"You hate young people because their manners, clothes, and speech, as well as their taste in books, music, film, and television, are all inferior."

Genevieve, the maven of the huge fashion empire, London Designs, which has made her famous and extremely wealthy, is determined to inculcate class and poise into her great-granddaughter.

Many characters round out this stirring novel with their own "tales" in separate chapters.

Genevieve comes off as a haughty, spoiled, and unforgiving woman, always turning her nose up at those she feels beneath her and expecting adoration from them. Maybe this is because her life has been anything but happy. Her oldest and most beloved son Sheppard went missing as a young child, and after decades, there is no trace of him. Not long after this, her husband and love of her life died of a heart attack leaving her alone with Clarke, her youngest, and a boy she disdains. All she wants before she dies is closure and learning what happened to Sheppard.

Emma also dealt with difficulties as a single parent. Though she hoped her adored boyfriend Jason would marry her, this did not happen. Now, settled in her career as a therapist, she dreads the thought of losing Riley to college and the closeness they share.

Genevieve is close to a young man, Miller Finlay, who lost his wife three years before in childbirth and is saddled with a troublesome daughter who constantly has temper tantrums and cannot warm up to anyone. Miller is at his wits’ end as to how to care for his little girl, and the stress is taking a toll on him:

"Miller Finlay hated being a single father. He hated being a father, period. He was fairly sure he hated his daughter 95-percent of the time. She was three, but it wasn't her age. He'd pretty much hated her since the moment of her birth. Six minutes before, to be precise.

"Tess was not adorably naughty or energetic of challenging. She was horrible. Malevolent. Not the usual word used to describe a toddler, but Miller could think of nothing else to describe her screaming in the supermarket, a grating edge in her voice as she announces she was hungry (because she'd thrown her breakfast plate to the floor and demanded sugar in place of eggs)."

The mixture of generations with differing problems, consequences, and thoughts blend to make this an interesting read. Will Genevieve ever accept Emma and Riley or will her cool and aloof demeanor go with her to the grave? Will Emma forgive her for throwing her out and not offering the love she so needed? Will she forgive her father and Riley’s father for abandoning her? Also, how does Miller fit into this scenario? A moving tale of despair, heartache, and trying to mend fences offers mystery, surprise, and an unexpected togetherness among an unlikely group.