Lies of the Heart: A Novel 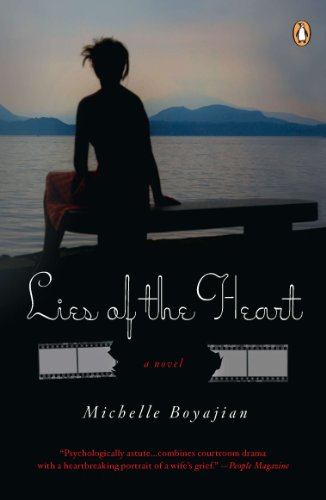 Ms. Boyajian sets herself a number of challenges in this intensely focused story of Katie Burrelli, an unsuccessful documentary film maker whose speech pathologist husband Nick has been shot to death by one of his mentally challenged patients, Jerry. There is first the delicate matter of portraying a child-like, sexually abused adult like Jerry as, on the one hand, a murderer and, on the other, as someone to inspire our (if not Katie’s) sympathies. In this Ms. Boyajian is mostly successful, thanks to a neatly inserted plot twist, although some of Jerry’s babyish dialogue provokes an occasional wince.

A second hurdle is the emotional landscape of the novel, dominated at the outset by Katie’s overwhelming anger that cuts her off from everyone around her, including her own family. Ms. Boyajian seems to set the bar impossibly high with a brief, visceral prologue as Katie imagines the anatomical details of the bullet entering Nick’s brain, quickly followed by revenge fantasies involving Jerry and even the smarmy prosecuting attorney who’s handling her case. But Ms. Boyajian seems to know the terrain intimately, leading us through Katie’s fury and manipulative behavior with a sure hand. The third challenge is a structural one as the author employs alternating time frames to fill in the troubling history of Katie’s and Nick’s marriage, while Katie watches the trial of her husband’s murderer unfold. This, too, is handled with aplomb. Just as we start wondering about a plot point hinted at in present time, Ms. Boyajian fills in the blanks in past time.

But it’s the juggling of all these challenges, however successful, that undercuts the narrative drive of the story. Because Katie is too busy seething with anger, drowning in self-pity, or fending off self-help advice from her family, Ms. Boyajian is obliged to introduce a bewildering array of characters to move the plot forward, including a third storyline of Katie’s unfinished documentary about an elderly Jewish couple who are Holocaust survivors. Their story has to bear the novel’s moral weight while serving as the catalyst for Katie’s eventual epiphany. It isn’t a comfortable fit.

While the bulk of the novel is set in and around Providence, Rhode Island, the book’s final chapter finds Katie contemplating her future on a windswept beach on the coast of North Carolina, the emotional intensity of the previous pages softened by the ocean breeze. With her, we welcome the calm. It’s like we’ve been locked in a crowded, noisy room, but now we can breathe again.