The Last of the Stanfields 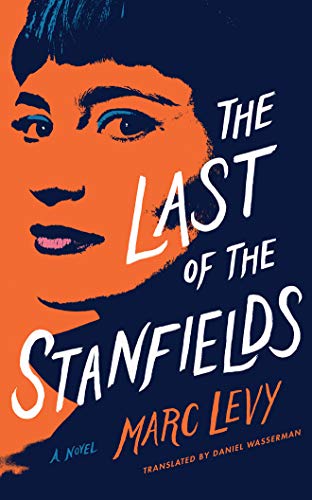 “Amusing at times, nostalgic and wistful at others, The Last of the Stanfields is a long and winding road.”

Chapters are told through the eyes of nearly a dozen characters (in addition to head-hopping within scenes). The Last of the Stanfields asks readers to sit up straight and pay attention. The whirling plot is all in service to a big reveal that is a nifty, but underwhelming, twist.

The story starts with London-based writer Eleanor-Rigby Donovan. She carries that hyphenated name because her parents met in a London pub not too far from the famous Abbey Road studios. “All You Need is Love” is on the juke box. Both parents were “huge” fans of the Beatles. Eleanor-Rigby’s mother collapses one night when she’s out for dinner, suddenly dropping face down in the whip cream atop her favorite dessert, rum baba.

Eleanor-Rigby wants us to believe that her world-hopping job as a writer and photographer for National Geographic is not as glamorous or as exciting as it sounds. “Imagine spending all your time on planes. Or sleeping three hundred nights of the year in hotels, sometimes comfortably, but more uncomfortably due to budget restrictions. Imagine writing your articles aboard bumpy buses, and nearly dying of pure joy at the sight of a clean shower.”

Eleanor-Rigby knows her life is “anything but banal” compared to most lives, she tells us, but “things took a turn for the truly extraordinary one morning when I opened my post.”

That letter, “addressed in elegant and ornate cursive handwriting,” claims that Eleanor-Rigby’s mother hid her past from everyone, including her role in a “masterful crime” some 35 years earlier. The anonymous writer implores Eleanor-Rigby to destroy the letter and not tell her sister Maggie (named for the Rod Stewart song, “Maggie May”) or her father.

“So . . . think about it. What would you have done in my place? Well, you’d probably have made the same mistake that I was about to.”

Soon—on page 93—we meet George-Harrison Collins in the Eastern Townships of Quebec. George-Harrison’s mother was a Rolling Stones fan, and he doesn’t even know why he’s named for one of the Beatles. George-Harrison, a carpenter who loves the Canadian forests, also receives a letter telling him he might be able to find the truth about a father he never knew. And he should also destroy the letter and not tell anyone about it.

Readers will have little doubt that Eleanor-Rigby and George-Harrison will find each other as Levy rewards us with a meet-cute scene. There is a wartime story set in 1944 and ample family drama that plays out in Baltimore of 1980. There is a stolen painting, the launch of an independent newspaper, genealogy issues, a quirky professor, antique dealers, and a soldier bicycling away from enemy forces in southern France. The novel is certainly sprawling and ambitious.

Had the story focused on Eleanor-Rigby and George-Harrison, The Last of the Stanfields might have carried a more straightforward throughline. The sheer number of major and minor players, combined with the shifting eras, diffuses tension. Eleanor-Rigby and George-Harrison are given first-person perspectives while the others are told in third. Translated from the French by Daniel Wasserman, the relaxed tone of the writing adds to the feeling of anticlimax, when it comes. The final reveal surfaces and is then dispatched in a rush to the too-perfect epilogue.

Amusing at times, nostalgic and wistful at others, The Last of the Stanfields is a long and winding road. Depending on your tolerance for breezy yarns, you may end up humming “You’ve Really Got a Hold on Me” or “Helter Skelter.”