The Last Seance: Tales of the Supernatural by Agatha Christie (Collins Chillers) 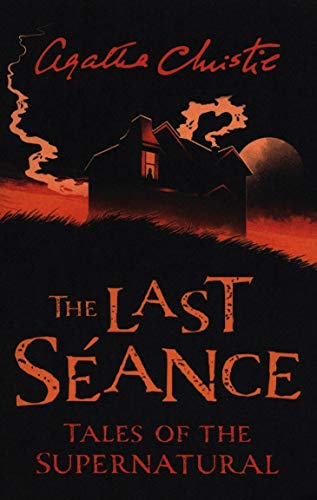 “Christie was a great writer . . . The Last Seance shows that Christie could pull off stories of supernatural suggestion, and that she was fantastic at creating atmosphere.”

Agatha Christie is rightly considered the Queen of Mystery Fiction. Her immortal characters, chief among them the Belgian fop Hercule Poirot and the quintessential nosy neighbor Miss Marple, have solved countless murders, most of which occur in exotic locations (a snowbound train in Serbia, a boat on the Nile River) or humdrum ones (the small English village of St. Mary Mead). Christie’s shadow looms so large over mystery fiction that an entire cottage industry—the cozy mystery subgenre—is full of pale imitations of her genius.

The Last Seance does have some of Christie’s greatest creations. “The Adventure of the Egyptian Tomb” features Poirot and his partner Hastings in a harrowing mystery involving a King Tut-like curse at the excavation site of the Pharaoh Men-her-Ra. Poirot also appears in “The Dream,” one of the book’s best stories. “The Dream” features the millionaire crank Benedict Farley, who contacts Poirot in order to gain the detectives help against an unusual dream that sees Farley kill himself with a revolver at the same time every night. Of course, when Farley winds up dying for real, Poirot deduces that the dream was all imaginary. Poirot’s final appearance in this short story collection, “The Flock of Geryon,” is a strikingly modern tale of a religious cult.

Not to be outdone, Miss Marple helps solve the case in “The Idol House of Astarte,” a spooky mystery involving an ancient Phoenician “scared grove” in coastal England. Murder is on the menu.

Christie’s brand of shudder story, where what appears to be supernatural is revealed to be prosaic, can be found throughout The Last Seance. However, this short story collection does feature classic British ghost stories that are not neatly resolved by the concluding paragraph.

In the titular story, a grieving French woman steals a medium’s ectoplasm, thus causing a terrible calamity. “In a Glass Darkly” is a story of misunderstood premonitions, while “The Red Signal” is a short yarn about a mistaken case of madness. The best of the pure supernatural stories in here, “The Hound of Death,” is almost Lovecraftian in its suggestions of a hidden civilization and religion. It bears mentioning that when “The Hound of Death” was published in 1933, H. P. Lovecraft was an American writer toiling to maybe a few hundred fans in the disreputable pulp market. Christie, on the other hand, was one of the most popular writers in the world.

The Last Seance is a reminder of why Christie was one of the English language’s premiere stylists. Yes, her characters came lock, stock and barrel from cultural and class stereotypes. And yes, Christie’s plots are often absurd. But it is high time to recognize that Christie was a great writer; not a great mystery writer, just a great writer. The Last Seance shows that Christie could pull off stories of supernatural suggestion, and that she was fantastic at creating atmosphere.

The Last Seance is the perfect Sunday read for the autumnal season.