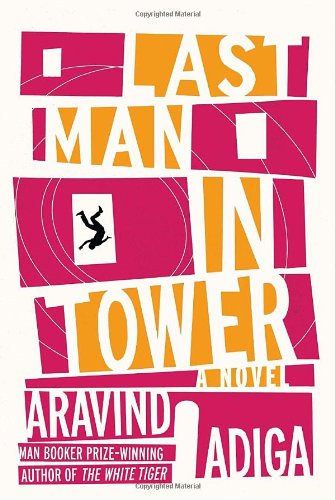 “In Last Man in Tower, it is immediately apparent that author Adiga’s writing has matured. His voice and his reach have grown, his eye for detail has sharpened, and the work in question is even more compelling. His semi-comic description and razor sharp characterizations are reminiscent of Dickens at the height of his power; Mr. Adiga’s style is as unique as that of a Rushdie or an Amis. . . . No sophomore slump here. Bravo, Aravind Adiga. It appears that you are in the game for reals.”

Among the sufferers of this second-effort-failure-disease are those bands or artists whose first records have blazed such a trail, have garnered such universal critical acclaim that the pressure to follow it up becomes almost too much to bear.

This pressure can come from within; perhaps the artist in question has heard the word genius bandied about so many times that they suddenly feel they have to produce something abstract, something difficult, simply in order to maintain the tag.

Or it can come from without; critics, it seems, can’t wait for those artists who’ve reached the Promethean heights with their first offerings to get their wings burned. We can’t wait to see someone crashing down from the lofty position they’ve adopted for themselves.

For a while, it looked as though Aravind Adiga might be suffering from his own particular form of sophomore slump. Though he’d released a collection of short stories, Between the Assassinations in 2010, in the wake of his 2008 Man Booker Prize-winning novel, The White Tiger, there was still no sign of the novel, the work which would cement his burgeoning reputation as one of the greatest authors writing today.

Perhaps The White Tiger was a one-off. Perhaps there was no way he could repeat a book which appeared to be written in a rush of moral fury; a narrative which reflected the state of a nation at a key moment in its history.

And then Last Man in Tower finally arrives. The novel to answer all of our questions. The novel that was, thankfully, worth the wait—and more.

Because although Last Man in Tower is not as visceral, as raw, and as angry as The White Tiger often was, this new novel plays upon an even broader canvas, introduces us to a fuller, richer set of characters, and moves the action from the village to the city.

In Last Man in Tower, it is immediately apparent that author Adiga’s writing has matured. His voice and his reach have grown, his eye for detail has sharpened, and the work in question is even more compelling. His semi-comic description and razor sharp characterizations are reminiscent of Dickens at the height of his power; Mr. Adiga’s style is as unique as that of a Rushdie or an Amis.

At face value, the concept of Last Man in Tower is very simple: a single old man stands between a real estate developer and his ambition to build an ultra-modern highrise block in Mumbai. Literally, the old man is the last man in the tower, the Vishram Society Tower A.

But from this premise, Mr. Adiga manages to explore the machinations of a whole society, a whole city, a whole country. Last Man in Tower takes the idea of the individual versus Society, and plays it out on an epic scale, showing how the psychogeography of modern India acts to constrain and constrict individual thought and movement.

This is a Mumbai of rigid lines, boundaries. Even on the beach, “half the sand was reserved for the rich, who defecated in their towers, the other half for slum dwellers, who did so near the waves. (. . .) An invisible line went down the middle of the beach like an electrified fence. . . .” And at the temple, there is an “express line, for anyone who could pay fifty rupees a head . . .”

This is a Mumbai which is people-rich and space-poor, a place which is “like a practitioner of yoga, was folding in on itself, as its center moved from the south, where there was no room to grow, to this swamp land near the airport. (. . .) Bulldozers were on the move, shanties were being leveled, slum clearance projects were going ahead. As wealth came to some, and misery to others, stories of gold and tears reached Vishram Society like echoes from a distant battlefield.”

On this battlefield, supported by a very able supporting cast, the main action plays out, centered around two individuals. Firstly, we have the rich developer, Mr. Shah. When Shah decides that he wishes to purchase the land on which Vishram Society Tower A is built, he automatically assumes that the way to ensure the co-operation of the residents of the building is to “respect human greed” and offer them a great deal of money.

He presents himself as presents himself as “the recipient of numerous gold medals and paper-based awards for excellence. He has been cited by the Rotary Club for his charitable contributions and philanthropic vision of humanity. A family man at heart, he avoids the high society and glamorous life and concentrates on the quality of his work and accomplishments.”
But slowly, the reality of the man starts to contradict his appearance:

“With a long thin spoon, Shah scooped the baked flesh from the salted and peppered exoskeleton of the crab; when all the easy meat had been carved from the chest and eaten, he tore the limbs apart, and chewed on them, one at a time, biting into shell and chewing till it cracked open, before sucking on the warm white flesh. (. . . ) He wanted to feel like he was eating a thing that had been breathing just an hour ago; wanted to feel, once again, the extraordinary good fortune of being one of those still alive.”

In direct opposition to Shah, we have Yogesh Murthy, a former teacher, still known by the moniker of Masterji. Masterji was “one of the first Hindus allowed into Vishram on account of his noble profession and dignified bearing.” And according to most observers (the other residents of Tower A) his story is “in a sense, over: his career has ended with retirement party (catered), wife passed away without unreasonable suffering, and child having migrated to the golden citadel of inner-city Bombay.”

But as he begins to hold firm to his belief that he should not sell to the developer, he begins to be seen differently by his neighbors who are, as a whole, keen to take the money on offer. Eventually they see him as sitting “like a cyst” between them and their dreams, a man too stubborn to back down.

Eventually: “Masterji felt the opinion of him that was engraved into the building—in its peeling paint and forty-eight year old brickwork—shift. As it moved, so did something within his body.”

Masterji begins to feel pressures both internally (from his neighbors, friends, fellow Society members) and externally (from the developers) to sign the paperwork by the October 3 deadline. And the pressure starts to take on increasingly sinister dimensions. He’s threatened, mentally and physically, shit is daubed on his door, two thugs break into his flat (using a duplicate key as provided by the Society Secretary). His view of the world and those who share it with him, becomes radically altered:

“In the old days, you had caste, and you had religion: they taught you how to eat, marry, live, and die. But in Bombay caste and religion had faded away, and what had replaced them, as far as he could tell, was the idea of being respectable and living among similar people. All his life Masterji had done so; but now, in the space of just a few days, he had shattered the husk of a respectable life and tasted its bitter kernel. It was nearly 8am. He was still in bed, listening to the savages screaming below him.”

He can no longer answer Mumbai’s constant question: “Anything can be obtained; whether it is Indian or foreign; object or human; if you have no money, perhaps you have something else with which to trade. Only a man must want something; for everyone who lives here knows that the islands will shake, and the mortar of the city will dissolve, and Bombay will turn again into seven small stones glistening in the Arabian Sea, if it ever forgets to ask the question: What do you want?”

Last Man in Tower explores the conflicts between the haves and the have nots (those “prisoners of necessity”), between individual and collective willpower, between principle and greed. Vishram Society, which Mr. Adiga first describes as “anchored like a dreadnought of middle-class respectability,” is shown to be anything but respectable once money comes into play.

And through it all, Mr. Adiga wanders, exposing it all as if he were the flat’s very own “early-morning cat. This cat prowled the waste bins that the residents left out in the morning for Mary to collect, in the process spilling beans, bones and whisky bottles alike.”

No sophomore slump here. Bravo, Aravind Adiga. It appears that you are in the game for reals.