The Last Cruise: A Novel 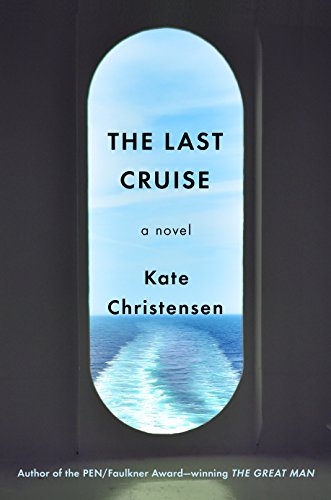 The Queen Isabella, a dowager cruise ship, sets sail in her retirement voyage, a two-week leisurely journey from Los Angeles to Hawaii. To honor her 61 years of service, Cabaret Cruises is turning back the clock and offering passengers a nostalgic retro-experience: a menu of lobster Newburg, steak Diane, oysters Rockefeller, classic martinis; and cabaret singers, jazz bands, and an honored string-quartet.

An extensive library of classics will replace internet service, old movies will be offered instead of TV, and no one under sixteen will be permitted to board. Keeping with the bygone decadence, smoking is permitted and dressing for dinner is expected.

Christine Thorne, an ex-journalist turned Maine farmer, is looking forward to time away from chores and a life that was a drastic change from her fast-paced life in New York City. She eagerly trades her mud boots and stained fleece jacket for a bikini and evening clothes after her college friend, Valerie Chapin, a freelance journalist, invites Christine to come along.

The Sabra String Quartet, consisting of Miriam Koslow and ex-husband Isaac, Jakov Strauss, and Sasha Spektor, have been playing together almost as long as the Isabella has been sailing. When friends and musical sponsors, Larry and Rivka Weiss, the owners of Cabaret Cruises, invite the quartet to perform on the cruise, it’s difficult to say no. The 15-hour flight from Tel Aviv is no easy task for the elderly musicians, and the expected performance of Six-Day War, a long, difficult piece written by Rivka Weiss, adds to their stress.

Hungarian Mick Szabo was planning to visit his lover in Paris, when he is offered the position of executive sous-chef, an opportunity too tempting to pass up. Not until the first kitchen-staff meeting does Mick realize he’ll be working under celebrity chef Laurens van Buyten, rumored to be a sadist when under pressure in the kitchen. Soon after the Isabella sets sail, Mick’s stress amplifies when the entire staff walks off the job after they learn that their contracts are being cancelled upon docking in Hawaii.

The lives of these characters come together under the worst conditions imaginable as they sail across the Pacific Ocean. A fire in the engine room causes a power outage that brings the Isabella to a standstill. With no electricity, plumbing, a limited supply of food and water, and an outbreak of norovirus, the tension mounts.

Larry Weiss radios for a helicopter to evacuate him and the ill Chef van Buyten, leaving the rest to their fate. Rivka choses to stay, regarding her husband’s act as irresponsible and cowardly. With the situation growing worse, Miriam suggests the quartet play the Six-Day War from start to finish and realizes that Rivka had written the narrative of the war into the musical composition.

“It was true. They had played it perfectly, and the piece had come to life. Miriam had executed her second-violin part with her jaw clenched on the chin rest, her bow chopping glints of electricity off the strings in the long staccato runs, her fingertips striking the fingerboard with precise deadly blows. She had played her part so well, she surprised herself. A combination of anxiety and fear was a great focuser for the brain and fingers, and for the people in its sphere as well, it seemed. Her virtuosity had forced the other three to meet her on the plane of pure excellence.”

Christensen masterfully weaves the complexity of her characters with the progression of the plot. As the story unfolds and the situation on board becomes bleak, the characters begin to question their values and beliefs—and their own motives for taking the cruise.

The conclusion of The Last Cruise is surprising and will stay with the reader long after the last page.