A Killer's Essence: A Novel 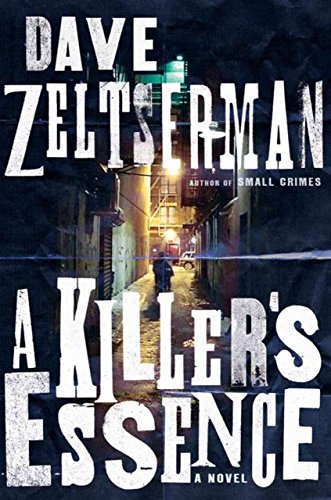 “Detective Green is a believable character, down on his luck with little going for him but his job. Nonetheless, he meanders through life, precariously balancing all its myriad and conflicting facets, and coming out on top in this chilling page-turner attuned to the most discerning of avid crime lovers. Well written and well paced. Recommended.”

October 2004. New York City. Could anything be more exciting than this time and this place as the electrifying playoff series between the New York Yankees and the Boston Red Sox erupts? NYPD detective Stan Green thinks not—that is, until he asks his 11-year-old son who has defected to the Sox right after the divorce and is leaving the city with his mom. At least the series will give them a little friendly competition—something to talk about—as Stan tries desperately to repair their broken relationship.

As usual, the job gets in his way. Wasn’t that what got them into this mess: the job he couldn’t leave but couldn’t keep and stay married? One evil deranged man is all that is needed to cut into Detective Green’s attempt to rebuild some semblance of family life.

Others in the department busy themselves with extra projects popping up here and there yet remain focused on the baseball series—well, maybe some things can’t be helped, like his partner getting his body raked over by a speeding car and ending up in the hospital. Naturally the department is already shorthanded and the higher-ups refuse his request for help, instead telling him to suck it up and handle the city’s usual grisly murders and acts of evil. Routine stuff for New York streets, isn’t it?

No one but Stan would consider a possible relationship between the woman found shot in the face with her fingers severed near a Manhattan mystery book store—Why didn’t the killer shoot the witness watching from a few feet away?—and the influential businessman buried in a Dumpster on the Upper West Side. Just routine!

Now who the heck would be cruel enough to poison a pack of dogs then execute them and leave their bodies alongside the roadway beneath the Brooklyn Queens Expressway? Whoever it is oughta be shot. Poor dogs! No way that could be related to the other killings, though—right?

After more severed fingers and other grisly body parts continue to surface, Phillips gives in and creates a task force to put an end to the slaughter. Detective Green is clicking off the 170 miles toward Rhode Island a little ahead of schedule to pick up his kids for dinner and an afternoon watching the fifth game in the series—Them Yankees are gonna win today. Then we’ll see how smug the kid is. He grins as he fingers the $3,000 tickets in his jacket pocket—scalped for him by his friend—thinking maybe it’ll all be worth the money after all. He is 30 miles past the halfway point—almost home free!—when the call comes.

No amount of argument can sway Phillips. “The new task force is meeting today. Too bad it’s your day off. Be here before ten. We need your input.” Stan calls his ex as he speeds back to the city, assuring her he is only canceling lunch, not the game. He will not disappoint his kids again—he can’t. After listening to the ensuing tirade for 30 seconds or so, he swears he’ll be there, and flips the lid down on the cellular. The day falls apart in a hurry—along with his progress on the case—and within two weeks Stan is again the lone wolf piecing together vague clues until his path runs full-circle: right back to the mystery book store in a bizarre twist of fate.

A Killer’s Essence seems slow-paced but packs in a powerful wallop as it vacillates between hard-boiled crime fighting, the love of baseball, and the compulsion to repair broken relationships. Detective Green is a believable character, down on his luck with little going for him but his job. Nonetheless, he meanders through life, precariously balancing all its myriad and conflicting facets, and coming out on top in this chilling page-turner attuned to the most discerning of avid crime lovers. Well written and well paced. Recommended.