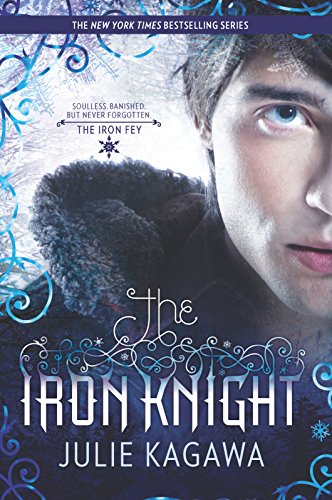 “Deeply insightful, daring and filled with unanticipated background information, The Iron Knight could provide what may possibly be the perfect ending to a spectacular series—or perhaps the beginning of a whole new chapter in the world of the fey.”

In the first three well-loved installments of the Iron Fey series, readers were taken on epic journeys of adventure, imagination, and romance as the half mortal/half fey Meghan Chase fought to discover her destiny in the land of the Never-never.

Throughout Meghan’s trials and always at her side are her mischievous best friend Robin “Puck” Goodfellow and the sometimes cold Prince Ash of the rival Winter Court. Conversely, Ash, once a sworn enemy, is eventually revealed as the true love of Meghan’s now supernatural life.

As events unfold Meghan soon realizes that in order to save the world of the fey and all those whom she has come to love, a sacrifice must be made. And so Meghan Chase becomes the Iron Queen, ruler of a realm that will prove deadly to all fey who try to co-exist there.

And so Meghan is forced in an act of supreme unselfish devotion to banish her lover out of the realm so that he can live away from the iron that eats away at his very being. But true to the stubbornness of the Winter Fey, as her knight Ash vows to return to her and be by her side for eternity.

Thus begins the extremely exciting tale of The Iron Knight and in turn a quest straight out of ancient mythology. Prince Ash now yearns not for immortality or the thrill of the quest but for the chance to be human and remain with Meghan forever in the Iron Kingdom.

In order to do so he must journey far beyond the Never-never to places unseen by most and feared by all. By his side a most unlikely assemblage will push him forward into a trial not only of his strength and intelligence but also through his past, present, and future.

Members of Team Ash will rejoice in this latest book in the series as it chronicles the Winter Prince’s journey into the unknown to prove his love knows no bounds.

Deeply insightful, daring and filled with unanticipated background information, The Iron Knight could provide what may possibly be the perfect ending to a spectacular series—or perhaps the beginning of a whole new chapter in the world of the fey.