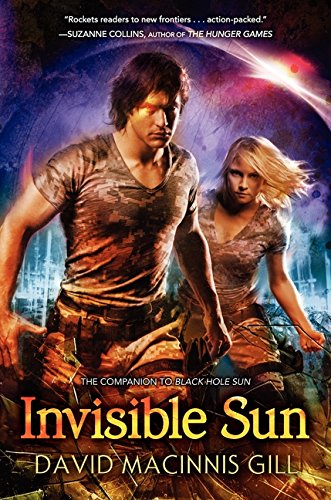 Mars used to be the place to be in science fiction, and then it sort of fell out of favor because open space and other worlds offering writers more leeway were more enticing. In Black Hole Sun, the idea of abandonment combined with the question of what happens to the people left behind, turns into the foundation of a society teetering on the edge of anarchy and eaten up by corruption. It’s far more interesting than giving us a Mars full of shining spires and perfect societies.

This young adult novel for ages 14 and up is instantly engaging, turning within only a few pages from engaging to entirely addictive.

The premise is fairly simple: highly trained but leaderless soldiers are hired to defend a group of miners from cannibalistic attackers who have demanded all their resources—including their children.

The execution in Black Hole Sun is near perfect. The interpersonal dramas and the backgrounds that come with them are the driving force of the story, not the politics—though that feeds into the string of mishaps and roadblocks the characters have to overcome. The settings are complex and visceral, and they feel like real places someone could go to—but wouldn’t much want to. The characters feel a little like the crew of Firefly, if said crew were all teenage mercenaries forced to grow up far too quickly and were planet-bound on the Mars from Total Recall.

This is YA science fiction at its best—clear, accessible, complex, delicately handled, and with a realistic dark humor that keeps it from getting oppressive without ever killing the tension or the momentum. This is the sort of YA that’s aimed at pre-adults but can be read by anyone. It has no hint of condescension, and in fact, it’s quite the opposite: It expects you to be smart enough to keep up. The male-centric weapons-and-fighting themes are perfectly dovetailed with a female-friendly emphasis on human interaction and deep characterization.

Best of all, Black Hole Sun is a book that never stops surprising. Plot twists follow new revelations in such a way that the world of the book keeps opening wider, enriching the story immeasurably. And the story itself always makes sense.

Black Hole Sun reads like a standalone and as the start of a series. David MacInnis Gill is well worth keeping an eye on.