Investigations of a Dog: And Other Creatures 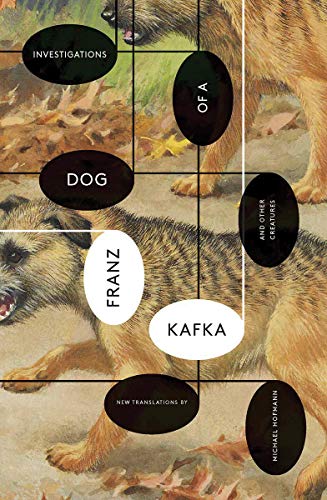 Where does a reviewer start with Franz Kafka? What more can be said about him or his writing? Biographies, critical works, doctoral theses, and essays weigh down the bookshelves of libraries and universities throughout the world.

His name has become an adjective used by people who have never read a line that he wrote. Kafkaesque is defined by the Oxford English dictionary as: “Characteristic or reminiscent of the oppressive or nightmarish qualities of Franz Kafka's fictional world.”

His legacy is three unfinished novels, dozens of short stories, letters to his lovers and acquaintances, and his dairies. Most of these should, according to his final wishes, have never seen the light of day as he ordered his publisher to destroy them.

If he had not wanted to see his novels The Trial or The Castle published, what would he have made of this collection of odds and ends?

None of them were published during his lifetime, and given that he wanted to destroy the manuscripts of the major works that have marked him as one of the most original and haunting voices of 20th century literature it is fair to assume he would have been horrified at the publication of Investigations Of a Dog.

Like his novels, few of these pieces are complete. Some run to just a few lines covering less than half a page. These are the artist’s preliminary sketches, the doodles on a scrap of paper on which he tries to refine his representation of a limb or how a shadow might fall, a mixing of colors on a pallet to see what tones and textures they produce.

You get a sense that here is Kafka scribbling frantically to try and catch a current that will flow into a longer work, that these are jumping off points that stalled before they got properly underway or else ran for a few pages before being abandoned.

But then it was among these failed attempts that he at some point must have scribble the lines: “As Gregor Samsa awoke one morning from uneasy dreams he found himself transformed in his bed into a gigantic insect.”

Failed pieces these may be, but they are unmistakably Kafka: the sense of dread, of a fragile grasp on a cosmic reality that everyone else seems at ease with, the sense that something is there waiting to pounce on you.

In the longest story, “The Burrow,” he writes of an unnamed creature fearing a “pursuer’s teeth clamped on my thigh”.

And in the “The Vulture” he opens with the line: “There was a vulture hacking at my feet.”

Just a few lines later, not quite filling a page, he concludes “[the vulture] flew up, leaning right back to get plenty of momentum, and then like a javelin-thrower, he thrust his beak through my mouth deep into me. As I fell back, I could feel a sense of deliverance as he wallowed and drowned in the blood that now filled all my vessels and burst its banks.”