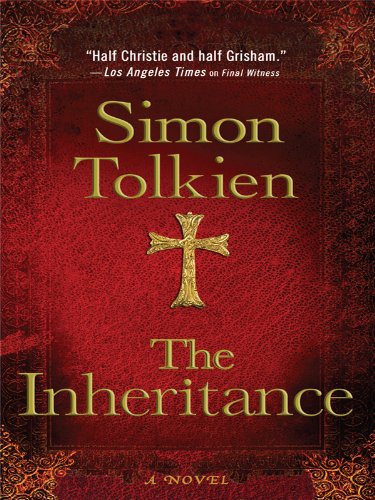 Inheritance: n.
1. The act of inheriting.
2. The biological process of genetic transference of characteristics from parents to offspring.
3. In law, the hereditary succession to an estate, title, etc. or the right of an heir to succeed to property on the death of an ancestor

Joseph Hillstrom King writes under the penname of Joe Hill (possibly a better choice than Joe King). Until 2007, only vague Internet whisperings made the connection between this mysterious “Hill’”and his ultra-famous parents, Stephen and Tabitha King. This was a conscious decision on Hill’s part: he wanted to test whether he had the authorial right stuff on his own; he wanted to avoid the promotional merry-go-round which billed him as the “son of” King rather than as a writer in his own right. Hill certainly succeeded to great effect in building a steady reputation in the writing world, and once his true identity was revealed it only served to bolster his burgeoning fame.

The pseudonymous method is one way of dealing with famous forebears. Simon Tolkien, grandson of J. R. R Tolkien, and son of Christopher Tolkien (who carried on writing about Middle Earth) has chosen an entirely different route. He has chosen to fully embrace his literary inheritance; the promotional material that accompanies his second novel (following 2002’s successful debut, Final Witness) grasps the nepotistic nettle with a firm hand. Far from hiding his heritage, Simon Tolkien plays on it. And after all, the title of the novel is The Inheritance.

Having said that, Tolkien has wisely steered clear of fantasy. His fiction is set in the real world, not Middle Earth, and is informed by Tolkien’s career as a barrister. In his choice of genre, he is willfully endeavoring to carve out his own literary niche (and perhaps one explanation for Hill’s penname is the fact both he and his father write dark fiction).

This Tolkien’s style has been described as ”half Christie and half Grisham” but a rather more apt comparison would be Dan Brown. The Inheritance is a frantic mix between the traditional locked-room whodunnit and a labyrinthine Da Vinci Code-type plot.One part historical thriller, one part courtroom drama and sprinkled with red herrings and misdirection, The Inheritance certainly has the paint-by-numbers feel of a Dan Brown offering. It is as though he’s tried to cover all bases. The prose is page-turningly addictive, the action thrilling, and it is certainly entertaining.

But despite the weighty themes which Tolkien tries to introduce (capital punishment, war crimes, feuding families) it still seems rather vapid. Despite picking crime-thriller as his genre, Tolkien’s fictional world feels as fantastic and as unreal as any of his grandfather’s works.

The Inheritance is set in 1959 and could be described as a straight good and evil fantasy in which Stephen (Frodo) must go on a journey in order to save his own behind. The narrative proper begins with him on trial for the murder of his father. His life is at stake (in 1959 there was still capital punishment in Britain). His journey is about his coming to terms with his father’s crimes in the war.

Like Frodo, Stephen is idealistically drawn. He says things like: “This is about more than you and me, can’t you see that, Silas? This is about right and wrong. You’ve got to draw the line somewhere. You’ve got to stand up and be counted.” He’s a blue-eyed, blue-blooded boy who can’t quite come to terms with the genetic destiny which he feels is in his blood; part of him feels he should be sacrificed to make amends for what his father did in the past. The weight of his dysfunctional family’s history is as heavy as him as the ring is on Frodo. Throughout the trial, he is torn between saving his own butt and allowing his family’s horrifying history to come to light.

Stephen is ably supported by a cast of characters, which include Silas Cade as Wormtongue, Sasha as a kind of elven princess, and Ritter as the dastardly villain in the Saruman mould. In the weighty tome of promotional material that accompanied The Inheritance, Simon Tolkien writes that he is most proud of Ritter as a character, which seems slightly strange. Ritter is a pantomime villain, a man who repeatedly rapes his wife, pushes his friends off moving trains, and is particularly eloquent on the subject of homosexuals. He’s so obvious he might as well have been given an army of orcs to defend him.

And then in the background, we have the codex, the Dan Brown “historical mystery” strain. The codex might stand in for the ring here, such is the obsession with which Daddy Cade, Sasha, Sasha’s father, and Martha hunt it down, and yet the whole strain feels tacked on, a convenient backstory which allows Tolkien to travel to France and to introduce the idea of war crimes (as if to justify why Daddy Cade deserved to die). It is the biggest red herring in a book that is full of them.

The “France“ parts of the novel are particularly sloppily written. Here, it is not so much a fantasy world as a stereotyped world: “there was one hotel with a cafe on the ground floor, which faced the mayor’s office and police station across the village square, where a group of men in berets were playing bowls under the plane trees in the late afternoon.” It came as some surprise to discover that Tolkien didn’t then go on to describe these men as having strings of onions draped around their necks, and they weren’t eating brie either, for some reason. Surely an oversight on Tolkien’s part.

Tolkien also has particular trouble with flashbacks. He seems to feel the need to shoehorn them in at every opportunity in order to explain the behavior of characters, interrupting what is supposed to be a fast-paced thriller with whimsical insights and purple-prose dead ends. And every time he does introduce a flashback, he does so in a faintly embarrassing fashion: “Now he lay back on the bed, spent, and watched Jeanne move about the room, allowing his mind to wander back through their mutual past. . . .” Similar patterns emerge throughout the novel; usually it is one of the major characters taking time out from a major murder trial to sit on a bench outside or something equally implausible.

And if he is not telegraphing his flashbacks, he’s flaunting the first rule of Creative Writing 101 class: show, don’t tell. He doesn’t allow the reader any choice in how we are supposed to read the characters: “Ritter had never really grown up. That was the key to understanding him. It made him both strong and weak. He had considerable native cunning, and he was almost entirely unrestrained by conscience.”

This is not to say that The Inheritance was not an absorbing, entertaining read. The main thrust of the novel, the idea of inheritance “in the blood” as a curse passed down through the generations from France to England, from father to son, is good. Inheritance can be “a burnt-out house with bad memories and a few outbuildings” or a terrible family secret. Inheritance can be death, or war. Inheritance is ghosts.

But inheritance may also be Simon Tolkien’s curse; he will, most likely, become a good writer, but at the moment, his literary standing seems to owe more to his literary behemoth grandfather than his own talent. By rights, he should be a literary hobbit, working his way along the path in the Shire, learning his trade. At the moment, his possible false standing in the literary world means that he may overlook the basic literary requirements of a good writer in favor of taking the keys to the literary mansion and never becoming anything more than a fair-to-middling writer of airport novels.