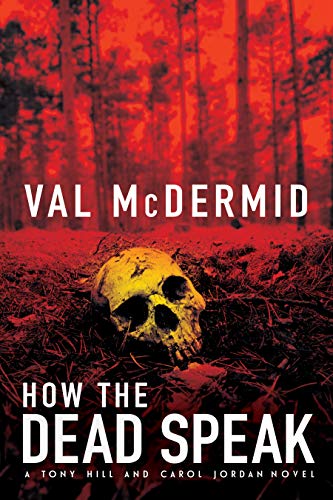 "There are enough red herrings and all-too-human flubs in the detecting to keep suspense high and resolution impossible to the very end. This combined with deep character exploration and a solid feel for the U.K. setting form a satisfying read from a reliable author."

It happens often in crime fiction series that a volume which ends dramatically—with the characters pushing or exceeding the limits of legality in order to bring the killer to justice—has the consequences occurring offstage between volumes.

Not so here. In volume 11 of the Tony Hill and Carol Jordan thrillers, the mess that closed volume 10 carries directly into the continuing story. Tony is in prison, Carol has been dumped from the police force permanently and is suffering from PTSD, and their special unit, ReMIT (Regional Major Incident Team), has been shut down then reorganized under a new commander.

It thus seems at first that the book should be subtitled, “The Fallout From Volume 10” [Insidious Intent, previously reviewed here]. The actual title How the Dead Speak comes into play when 40 skeletons of children are found on the grounds of a closed-down orphanage formerly run by the Catholic Church. The bodies were buried during the orphanage’s operation. Great mystery surrounds the hows and whys.

While ReMIT is looking into this, a second mass grave is discovered elsewhere on the grounds, composed of a more-recent group of older people who incontrovertibly were murdered. These dead can “speak” more informatively than the skeletons, and soon tie the disparate groups together.

The investigation unfolds in the author’s usual narrative style: multiple viewpoints weaving together the backstories and the cases. In short, single-scene chapters, almost cinematic in their technique, we follow Tony and Carol’s former team members, plus a few new ones, through each interview and data search.

We also learn how Tony copes in prison, staying connected with his colleagues in an indirect way, how Carol copes with her PTSD and finds a new outlet for her outstanding detecting skills, and how the new ReMIT team reinvents working together in the lead couple’s absence and tracks down past and current killers.

The multiple POVs include the motives and actions of one of the killers and his minions, allowing us to know more about whodunit than the investigators do—until the leads gathered from widely different avenues of inquiry come together to unite them on the hunt and chase.

There are enough red herrings and all-too-human flubs in the detecting to keep suspense high and resolution impossible to the very end. This combined with deep character exploration and a solid feel for the U.K. setting form a satisfying read from a reliable author.

As an additional tie-in that keeps the story structure tight, the author opens each chapter with an excerpt from the book Tony writes in prison. Through these excerpts we gain further insight on two planes: first from a lead character who, perforce, can’t participate in the action; and second, by extension, the broader concepts underlying rehabilitation and redemption. Simultaneously we learn about the art of criminal profiling, which is Tony Hill’s expertise grounding this series.

A paradox that runs through not just the story but also through the series is verbalized by a minor character in Tony’s prison: “Even bad men can sometimes do good things.” Likewise, good people can do bad things. And so it goes, back and forth, mix and match, throughout the entire series, in a very plausible way.

Val McDermid handles all these elements so well it’s no surprise the series has been made into a television show and her books have won awards. This volume feels almost restful compared to its predecessor and gives hope that the series will carry on. Then again, enough personal issues are wrapped up for the characters that it could end here satisfactorily.

Only time (and the author) will tell.