How Could She: A Novel 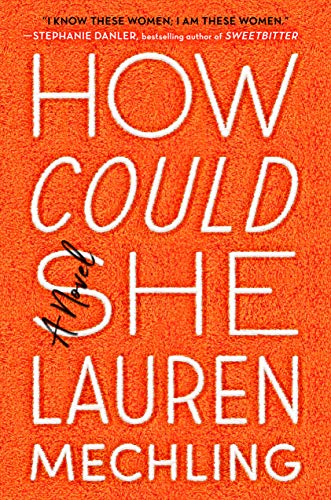 “How Could She is a poignant, relatable and, at times, terribly funny, novel about female friendship . . .”

For three Toronto women, New York City has always been the height of glamour. And, while Geraldine’s friends Rachel and Sunny moved there years earlier and are firmly planted in the New York social scene and their jobs, friends, careers, marriages, and everything else of importance—or so it seems to Geraldine—she is stuck in Toronto nursing the wounds of her recently failed engagement. All she knows is that a better life is waiting around the corner for her, and she needs to get to it, stat.

Little does Geraldine know that Sunny, an impossibly glamorous up-and-comer in the art world with a handsome, wealthy husband, a magazine job she floats in and out of, and a world that seemingly revolves around her, is having some serious doubts about the path she has chosen—namely her vow to her husband, who already had a child from a previous marriage, that babies weren’t in her future.

And Rachel, happily married with a baby of her own, a seemingly wonderful part-time magazine job and a couple of semi-successful novels, is also concerned about her future in a media world that is changing rapidly and falling apart faster by the day.

Even still, to Geraldine, New York seems to be the answer to everything that has gone wrong, a chance for a fresh start. So she takes a leap of faith. But obtaining a work visa—in a media field that is shaky at best, no less—is going to perhaps prove more challenging than she formerly believed. Until, after a string of failed meetings and introductions, she has a great idea, that is . . . Podcasting seems to be the wave of the future, and Geraldine wants a seat on the bus, if only she can come up with the perfect idea. Fortunately, her crowd of chic New York friends is there to help.

Trying to prove that she is capable of taking on life in the big city all on her own, Geraldine is initially a bit distant toward her two longtime friends—and uneasy to learn that the two women, who have never particularly warmed to each other, have formed their own relationship without her. Sunny and Rachel are concerned that Geraldine’s philandering ex is worming his way back into the picture and come together to make sure that that doesn’t happen, forming a bond in the process. And if their subtle cues and friendly reminders about Geraldine’s past with Peter don’t do the trick, Sunny and Rachel are holding a trump card that will ensure their friend makes the right choice, even if it ends up destroying them all in the process.

Small dramas and insignificant feuds all come to a head when a secret is revealed at the worst possible time, during Canadian Thanksgiving at Sunny’s apartment. The cards are laid on the table, and the bond between the three friends is tested once and for all.

How Could She is a poignant, relatable and, at times, terribly funny, novel about female friendship, preconceived notions and that inevitable period in life where everything begins to make sense—or absolutely nothing does; those years in which lives and friendships diverge in huge and unalterable ways, leaving the best of friends living in totally different worlds and trying to relate all the same. For better or worse, each of the women realizes that in her own life and in the lives of her friends, nothing is really ever as it seems. In grand style, Mechling proves that moving forward might be a step in the right direction, but it doesn’t necessarily guarantee a happily ever after.