Hide in Place: A Novel 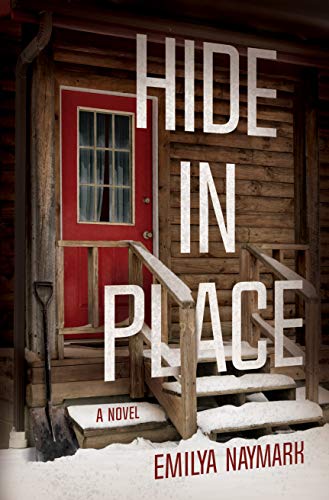 “a captivating story that leads to an emotional but satisfying bittersweet ending.”

Readers will agonize right along with Laney Bird when her son doesn't come home from after-school band practice. Even more so, when the police dismiss her alarm as an overreaction to what they consider a teenage runaway. He'd done it before and came home on his own.

But this time it's different. She and Alfie had an all out yelling and screaming mother/son argument about drugs after she searched his room shortly before he disappeared. It was an argument she wasn't sure she'd won.

Laney used to be an undercover detective but now works as a bus driver for Alfie's school. He's a difficult child—anxious, shy, prone to inappropriate outbursts, bullied or ignored by other students, a loner who set a fire in the school following the fall talent show. When her husband packed his bags and took off, she was forced to give up her law enforcement position and take the bus driving job so she could be close and available to Alfie during the day.

"When her life upheaved three years ago and left her a single parent . . . being his protector and companion became her top priority. . . ."

Since then, she'd walked an emotional and financial tightrope. The school principal had called her in 54 times to discuss her son's misbehavior and disruptive meltdowns. She couldn't count the number of days she'd missed work to care for Alfie, often taking time off without pay which she could scarcely afford. Then she was fired.

With little help from the police, the school, the band director, or Alfie's therapist who hints that Alfie was on the verge of being expelled anyway, Laney leaves the school and heads for the parking lot.

On her way out between classes, she notices a hand-to-hand drug exchange in the hallway between two students. At that point, Laney decides to use her law enforcement skills to find her son on her own occasionally crossing the line into murky areas of illegality and impropriety.

"She wasn't supposed to still use it, of course. The NYPD had given her a set of ID cards when she became an undercover: a driver's license, a social security card. On her own initiative, she'd obtained an AA card, an NA card, a key card for a rehab in upstate New York, and social media accounts. Kendra Wilkes, her alter ego, was a recovering alcoholic and heavy drug user, lived in a Coney Island housing project, and loved tweeting about her troubles. . . ."

Laney turned herself into Kendra Wilkes again, and as such makes social media contact with some of the seedier students at Alfie's school. Pretending to be a like-minded kid, she pumps them for information, then searches Alfie's room again. Gathering clues and leads, she sets out to question those kids and their parents but is promptly reported to her old supervisor who warns her not to interfere.

That doesn't stop her, though, just as it wouldn't stop any mother of a missing child. When she learns that Alfie was seen getting into a car with an older man, she begins to suspect who it is, and soon finds herself and Alfie in very deep trouble.

In Part Two of the book, the narrative shifts to Alfie's point of view as he ponders his situation. He isn't sure at first if he's being held against his will, but despite his mental and emotional limitations, he figures it out in a hurry. Readers will be pleased and surprised at his response to his situation. Heaps of praise to author Naymark for her handling of these sensitive scenes, for the well-done flashbacks that lay out Laney's old life, and for a captivating story that leads to an emotional but satisfying bittersweet ending.