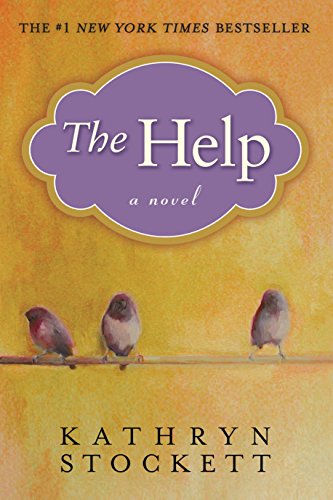 The Brown Decision in 1954 by the Supreme Court ordered an end to segregation. Schools were mandated to integrate. Eight years later, 1962, nothing had changed in Jackson, Mississippi. Society was the same.

Kathryn Stockett tells the story from three points of view, three voices, so well written the reader can see the characters. At the young age of thirteen, Aibileen began working in the homes of white ladies. Minny, younger than Aibileen, has difficulty controlling her tongue and invites trouble by saying exactly what she thinks. Skeeter, a white girl, newly graduated from college, is ambitious to become a writer. She insists on more from life than finding a husband her mother will approve of. Skeeter and Hilly have been friends since childhood, but when Skeeter indicates change needs to occur in relationships, Hilly is willing to sacrifice anyone to maintain the statue quo. The maids all feel that Hilly is out to get them.

Living with a super critical mother, Skeeter grew up in the kitchen with “the help.” Constantine loved unattractive Skeeter even though she was painfully tall and placed in the back with the boys during class pictures. Her mother continued to give her advice on ways to appear shorter: wear flat-heeled shoes, stoop over a little, flatten your hair.

When she was in college it was Constantine who answered her letters with information about all the mundane details of home. Skeeter saw their correspondence as a yearlong conversation with a dear friend.

After graduation she returned home eager to visit with her nurse who had become her friend. Skeeter continues to search, asking, why Constantine left so suddenly just before Skeeter arrived home. No one seemed to know anything about it. She faced a wall of silence. Skeeter is stunned that her mother could fire Constantine, who had done her the biggest favor of her life: raise her children; teach them manners and kindness for twenty-nine years.

Skeeter applied to become an editor for one of the prestigious publishing houses in New York. The response from the senior editor suggested she get some writing experience first by working for the local paper. She landed a job on the hometown newspaper writing a weekly cleaning advice column. She goes to Aibileen to get cleaning tips since Skeeter had never turned her hand at housecleaning.

Skeeter’s best friend, Hilly, mounted a campaign, Home Help Sanitation Initiative, claiming “the help” brought diseases into the white homes. She insisted that all of the white families build separate bathrooms for the help. This is the event that opens the novel and opens Skeeter’s eyes to the skewed injustice that she feels compelled to change. It seems that the colored could cook for the white folks, but couldn’t sit down to dinner and eat with them. The maid washed the family’s dishes, but must eat from separate dishes, which the family never used. For the first time, Skeeter consciousness is raised and she determines to do something about seldom-questioned rules for blacks and whites. She decided to write anonymously about the abuses the nannies endured. Complex and dangerous as she knows it will be for the women, she begins to interview reluctant “domestic housekeepers.”

Kathryn Stockett writes from personal experience. Demetrie, a black woman, cared for her when she was growing up. Although this story is set in 1962, seven years before Kathryn was born, she had another research tool in her grandfather who had a perfect memory of the times. Stockett says she could hear the voice of Demetrie in her head while writing, even though she had been dead for 15 years.

Stockett’s use of dialect is perfect. She refused to use gonna, cain’t, sho ’nuff, (except once), to mirror the language of the South.

A quote: “I reckon that’s the risk you run, letting somebody else raise you chilluns.” But Southern born readers will recognize the speech patterns: “She spec, Minny near bout the best cook . . . maybe in all Mississippi.” My two favorites: “What you call you self doing? I’m fixing to . . . “

Somehow the author makes her characters human, not stereotypes. It takes courage for a white woman to write about these times and abuses. Breaking rules, like the Pulitzer Prize winner, To Kill A Mockingbird, is the heart of the novel.

This quote from Kathryn Stockett (in her own words) gives the reader insight into why she wrote The Help: “I was raised by a colored woman . . . the colored women down here raise a white child, then 20 years later the child becomes the employer. It’s irony that we love them and they love us, yet we don’t even allow them to use the toilet in our house. Everyone knows how we white people feel, the glorified Mammy figure that dedicated her whole life to a white family. Margaret Mitchell covered that. But no one ever asked Mammy how she felt.”

The Help is the kind of book impossible to stop reading. The tension mounts as the maids who participated in the interviews with Skeeter, watch and wait for the white ladies to identify the fictitious names and fire the maids.

Recalling the times in the South of the 60s and how much violence occurred, their fears ring true.

Stockett says her favorite sentence is, ”wasn’t that the point of the book? For more women to realize, we are just two people. Not that much separates us. Not nearly as much as I’d thought.”