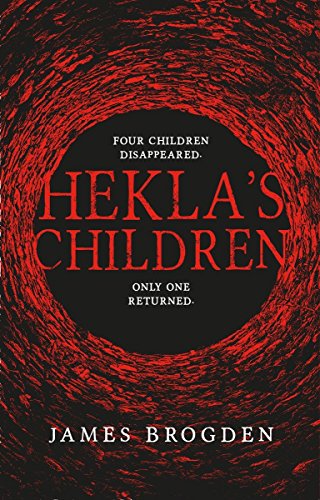 “a remarkable piece of writing in its building of suspense and horror . . .”

Thirty thousand years ago, a man fights for the privilege of protecting his people from the afaugh, a merciless, bloodthirsty creature. For that honor, he is strangled, stabbed, and drowned in a peat bog, becoming their permanent guardian.

Ten years ago, teacher Nathan Brookes keeps an assignation, abandoning four children he’d taken on a nature hike. At Sutton Park, he watches them cross a bridge and disappear. Police accuse him of murder but can’t prove it. Refusing to alibi himself to protect his fellow teacher’s reputation, Nathan loses his job and his good name.

Later, one of the children reappears. She’s hysterical, incoherent, spending the rest of her days in a mental turmoil.

A body is found in a peat bog near where the children vanished. It’s a composite, made from other bodies. Though verified to be over thirty thousand years old, one of the legs belongs to one of the missing children.

Nathan Brookes is drawn into the nightmare when he receives a copy of the news story from the woman he was with that day.

With the discovery of Ryan Edwards’ leg on the remains of a Bronze Age warrior, the local police reopen the case. Nathan is again questioned.  Olivia Crawford, the one survivor, is brought in but she’s as mentally unbalanced as ever—or so they think. All she’ll say is “Put him back,” that the warrior from the bog is the only thing protecting Sutton Park.

Because of the guilt he still feels for what happened, Nathan investigates on his own. He calls on Sue, who sent him the story, revealing he still has feelings, while she, in contrast, merely saw their assignation as a fling before her marriage. Nathan researches other children disappearing over the years, legends and old newspaper stories tied to spottings of a man locals call Bark Foot. He turns to Dr. Tara Doumani, the archaeologist in charge of the body they’ve named Rowton Man.

As Nathan learns about Rowton Man and how and why he might’ve been placed in the bog, he experiences visions . . . of a countryside nothing like Sutton Park, a place where non-human and human co-exist in fear of a creature . . . the afaugh, the being the warrior was created to protect. In a desperate move, Nathan believes there’s only one thing he can do: He has to find a way to reach that unknown era, put himself physically in that country still present only in memory to find a way to defeat the emerging evil.

Aided by a pseudopagan New Ager, Nathan begins his journey, with a dreadful warning . . .

“you may unleash psychical forces over which you have no control . . . this is the gateway to a place transcending life and death and time itself . . . ”

Instead of answers, however, Nathan releases the afaugh into the modern world. It destroys the guardian’s body, and Nathan, as its vessel, is hunted by the police for the death and destruction the creature causes.

Now understanding what those ancient people feared, his only choice is to return to the past and attempt to save the present. In Sutton Park, Nathan crosses the bridge as the children did . . .

In a land long past, but still very much in existence, Nathan discovers what happened to his four charges. He unravels the paradox of the afaugh’s creation as well as his true guilt in all that has happened . . . that Time is like a cloud of smoke, rising in thin streamlets to thicken, roil, and curl inward upon itself.

“It is happening now, as it will go on happening until the end of time . . . It is an echo of the mortal world, a land you shape with your own desires. From here, all existence is open to you. All times. All lives . . .“

From this point, some readers may not fully understand the reasoning for all that has happened. Indeed, from the revelation of that dénouement onward, many may consider the rest of the story a disappointment, as it turns to lesser characters now revealed to have more important roles than originally thought. The abandonment of its central character causes such a weakening of plot that the remaining 46 pages never truly regain interest.

With its alternations between the contemporary world and that where the lost children now abide, Hekla’s Children is a remarkable piece of writing in its building of suspense and horror up to the point of Nathan’s discovery. Afterward, it unfortunately spirals to a weak and disappointing ending.