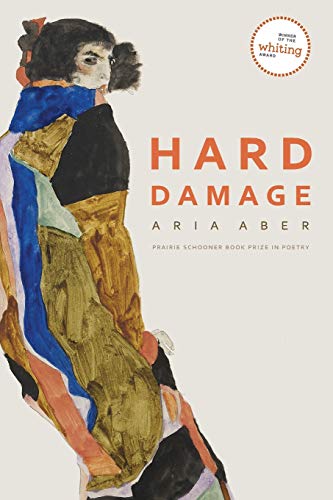 “fine literature, from beyond the borders of the English-speaking sensibilities. Students of literature, political science, sociology, foreign affairs, and many other disciplines can benefit from Hard Damage . . .”

Two superpower invasions have thoroughly devastated Afghanistan. In 1979, the Soviet Union invaded a tribal Afghanistan to impose colonial communism. In 2001, the United States invaded a Taliban Afghanistan to avenge the terrorist assault on the World Trade Towers. The Afghan mountains, caves, villages, bazaars, music, families, women, children—everything has suffered hard damage, the measurable and the immeasurable. Banished and broken, millions of Afghan refugees live in neighboring countries, a few thousand in Europe and the United States.

Aria Aber, a second-generation Afghan expatriate has turned to literature to nurse the wounds the invasions have slashed into the bodies and minds of those who still live in Afghanistan, and those who sought asylum in near and distant lands. Aber, born and raised in Germany, arrived in the United States—still fighting its longest war in Afghanistan—to study fine arts and to capture in poetry the personal, familial, and communal sorrows that the foreign armies and local militants have jointly and severally perpetrated on her homeland.

“I need to assuage this fury at my center,” says the poet.

Hard Damage is poetry written in dread, fear, anxiety, and grief of “the blue smoke filling the lungs of the newlywed/the bones of the nameless dead under the rice fields/the brother who was never found.” Aber’s war poetry is, in a way, kind. It is a bit removed from the gore of the battlefield. The soldiers tear up the bodies with brute force, the poet sews them back with finesse. “Even trauma sounds like Traum, the German word for dream.”

The calling to convert callous war into delicate poetry is no small feat. The logic of war is brutal: First, a people are invaded, then uprooted, and then called spiteful names. The word terrorist has been coined to trash fighters striving to liberate occupied lands. In formulating the dialectics of occupation and dehumanization, Aber confronts the cruelty of war but writes poems soaked in patience, mercy, and even gratitude: “Deedee was, of course, never found” and “I’m just another ruined/ mammal composing my soft wilderness & nobody/calls me la terrorista.” And yet “A man I once loved called me his sexy little terrorist.”

The dread and the grief that Afghanistan suffers daily are not all caused by foreign soldiers roaming the villages. Local militants, “just students outside Kabul University,” take on the arms to resist and fight. They, too, kill. However, they are mindful of “courtesy and traditions, and would “knock on the door/to make sure your mother is veiled/before they raid her home.”

Aber is growing as a political poet. A political poet is not a traditional journalist who, trained in objective journalism and ethics, writes a balanced story, presenting all sides and avoiding or at least hiding slant. A political poet has no option but to embrace a tilt. Faking is not poetry, it has never been. Aber takes sides. She speaks with honest emotions, as a poet must. Even silence is honest: “the man at the burger stand shouting go back home you oriental bitch to which you said nothing.”

Aber seeks “to keep up with the news” and braids political headlines into her poems. “Fuck this shithole” appears in a poem to perhaps remind the readers how the U.S. President called poor countries “shitholes.” “Dirty and hungry like a parasite,” lament asylum seekers, “Does this refugee camp look like a life to you?” The names like Kissinger, Brzezinski, Osama, McCain show up in poems to make and unmake historical points. “How can I explain/this? I stir flies into bowls of milk.”

Many poems refer to the Soviet occupation of Afghanistan. The references to the American occupation are fewer, some opaque, some circumlocutory, and some the reader gathers through inevitable poetic osmosis. For example, the poem Cyclopes is about the Mujahedeen, who fought the Soviets. And yet in reading the poem, the readers with any knowledge of Afghanistan cannot tuck away the Taliban “dreaming/ that death cannot harm them.” The distinctions are drawn but the underlying political lesson of the poems does not change. That indeed is artistry.

Hard Damage is international poetry. The poems require political, historical, geographical, and foreign affairs knowledge—not any deep scholarly knowledge but general knowledge. Unlike political essays, the poems carry no footnotes, no prefaces, and no introductions. The poems offer meaning-variability. You get what you know, and you miss what you do not know. “Was ist dir da passiert? I would ask.”

The poems are not all about politics. Some are about existential nervousness “I expect Father’s death every time/he flies home.” Some are about living in Germany, some about living in New York City. The poems follow the poet’s residence. “Crossing salt marshes in German sun,/I’m brown again, insignificant as a footnote.” The man in the subway “looks like a glorious bone. /In his odor, I feel at home.”

The University of Nebraska Press has made a good decision to publish Hard Damage. The book is an academic asset. It is fine literature, from beyond the borders of the English-speaking sensibilities. Students of literature, political science, sociology, foreign affairs, and many other disciplines can benefit from Hard Damage written with “foreign” metaphors, peppered with “foreign” phrases, and armed with a diverse sense of reality.