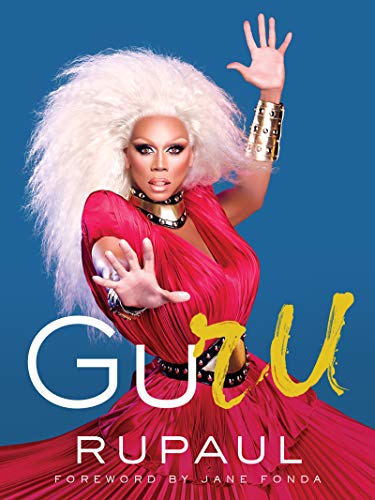 “Philosophy for the functionally illiterate.”

It was a good many years ago—back in 1962, to be specific—that someone at some publishing house had a very strange idea, and published what was a very strange little book.

Even the book’s publicity was odd. Hoping to sell some copies, the publisher pitched the book’s very famous author and its content with this:

“The world's most glamorous grandmother makes a thoughtful journey through the alphabet.”

The book was simply titled Marlene Dietrich’s ABCs and its contents offered nothing more than the title implied.

The contents page was a list of the alphabet from A to Z. And in each of those listed chapters, Ms. Dietrich filled her pages with any number of words, each of which were defined, with the definitions then expanded upon by Dietrich.

In that it was never meant to be anything actually educational—nothing like a dictionary or thesaurus—it was, instead, an oddity. And readers were treated to listing like these, from Chapter “A”:

A beautiful and umbelliferous tree. The perfume one would like to have in a bottle—but all attempts have been unsuccessful.

The most necessary food for the soul. More important than humans realize, or want to realize.

‘He travels fastest who travels alone.’

“For most of us to be alone is misery.

“For women not occupied in a profession that requires solitude, to be alone is absolutely unnatural. A lot of effort and energy is being wasted because women often seem to fell they should conquer the dislike of being alone. That is also unnatural. I readily admit that I hate to be alone. Things to be done in the house or for children or for the man of the house can be done happily alone. But once all those chores are done no woman in her right mind would choose to be alone.”

Years later, when Miss Dietrich was in her final days, a second edition of the book was inexplicably published with the added subtitle: “Wit, Wisdom & Recipes.”

From Chapter “Z” of that edition:

Mix three yolks of eggs with three tablespoons of sugar until the mixture is creamy and whitish. Then add a bit more than half a cup of Marsala wine. Mix. In a double boiler beat the mixture with an eggbeater till it rises. Do not boil the mixture. Use a large enough pot so that it can rise almost to double the amount. If you are courageous you can forget about the double boiler and do it on a direct low flame.

Serve it in wide-top glasses while it is warm.

I mention this book in both editions not only because of an admitted fondness for Marlene Dietrich and whatever projects, however misbegotten, that she found herself mixed up in, but also because, until now, her ABCs always struck me as the most ill-conceived and, well, yes, useless book of any sort ever published.

Its wit lacks, its wisdom—most especially given that it is dated and unbearably sexist—sucks. And its recipes, well, I’ll leave it up to you to track down her instructions for “wein chaud d’eau” and see for yourself.

But the truth of it is that a new book—just as odd and ill-advised a book—has now given Ms. Dietrich’s a run for its money, if not left it completely in the dust.

The newly published tome is authored by Mr. RuPaul Charles, who is, at once, both the embodiment and impresario of the art form known as drag, and the creator and presenter for all things drag, from television’s Drag Race, to the annual gatherings known as DragCon, where many thousands gather annually in both New York City and Los Angeles to attend panels on lace-front wigs, the proper use of sequins, and learning to “sissy that walk.”

Over the past three decades, RuPaul has evolved from a lower Manhattan gender-fucking club kid to a master of the entertainment industry, with two Emmy wins as host of Drag Race and 11 record albums, garnering several hit singles including “Covergirl,” “Supermodel of the World,” and “Cha Cha Bitch” to his credit. In addition, he hosts a podcast with sidekick Michelle Visage that is downloaded by an estimated weekly audience numbering in the millions.

GuRu is a hard thing to categorize. And, given who the author is, and how his name conjures an image of long, long legs, high platinum wigs and padded evening gowns, things only get more confusing when the reader reads that the folks at HarperCollins list the book in their “Body, Mind & Spirit/Inspiration and Personal Growth” imprint.

After all, RuPaul has constructed his drag persona around the idea of lampooning standard sexual and cultural norms. He built his popularity with his comic timing and with what has, until now, been his central philosophy:

“We all are born naked and the rest is drag.”

But now, right when he is getting his own hardback volume to fill with dozens of vibrant color photos of himself in various stages of glorious excess, his humor is nowhere to be found. Instead, the book is not unlike a gathering of Hallmark cards bound together celebrating aphorisms from the likes of Dolly Parton (“Never perm you own hair”) to Bette Davis (“The secret of a happy marriage is separate bedrooms and separate bathrooms.”), to, well, RuPaul—because other than those two sentences , everything else seems to be from RuPaul.

The problem with the book is two fold:

It takes itself too seriously.

It has nothing of interest or importance to say.

Added up together they have resulted in a book that is pretty much philosophy for the functionally illiterate.

“There’s not enough dancing in the world. And the fact that there are no daytime discos right now is indicative of the trouble we’re in as a society. Gotta remind yourself to have more fun. Play, dance, and laugh.”

“Being from San Diego, I’ve always loved sunbathing. When I turned forty-five, I decided it was time for me to stop doing so much of it. No I’ll lay out by the pool for thirty minutes, and then use a self-tanner for that extra warmth of color to my skin. When applying, just remember to use rubber gloves so that your hands don’t get too stained. Be the star that you are. Shine, baby, shine!”

“Even as a kid, I had no problem walking in high heels. It just came naturally to me. But here’s a bit of advice for those of you who are not so lucky.

“If you’re going to a wedding or some other long, drawn-out event and you aren’t used to wearing high heels, it’s important to remember that closed toes and closed heel pumps are not your friend. Your best bet is a pair of slide-in mules that have an expandable vinyl strap at a low vamp.

“I made my entrance in the film To Wong Foo, Thanks for Everything! Julie Newmar, feet first, so I decided to wear a pair of six-inch sandals that had several straps crisscrossing my feet. It only took an hour of standing around, take after take, for those straps to feel like razor blades. Now, when you see the movie, you’ll realize that my feet aren’t showing because they used a close-up shot. I’d worn those shoes for nothing. Oh, well, I was new to moviemaking. Always wear high heels, because flats are for quitters.”

See, all that’s missing is a recipe for zabaglione.

What coulda, shoulda been a masterpiece of subtext and sass is, instead, a photographic record of the triumph of ego over wit.

From Detox or Raven or Bianca Del Rio or Ms. Cracker, or Monet Xchange, or even Ongina that might have been enough, but from RuPaul, we expect a whole lot more.