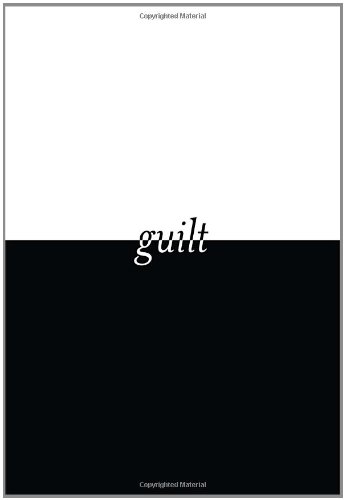 “If you like writing that is so spare it glows of compressed energy and stories that often turn out to be combustible then your next visit to the bookstore should be for a Guilt trip.”

Judging from comments and other credible reviews, this book puzzles many readers in the same way the author’s first one did. Crime, too, was a collection of loosely connected stories that made some readers demand, “What. Is. Up?” while others hailed the arrival of a terrific new prose stylist.

There’s no accounting for taste, of course, but those who pitched their tents in the second camp may take a bow. Ferdinand Von Schirach can write!

But even those who liked his writing often fretted over what they were reading. Was it fiction? Or was it just journal entries from Mr. von Schirach’s extraordinary career as a German defense lawyer?

The fretting is understandable. The publisher all but hid the answer to the question. Only a careful search uncovers the word “fiction” anywhere on the book. (It’s on the back of the dust jacket, in tiny letters, just above the barcode.) And though a story is a story is a story, the answer to the question does matter. If the stories in Guilt are nonfiction then the writing is mere skillcraft—however excellent. But if the stories are fiction, then this is art, the work of a fertile imagination governed by an unerring artistic control. Put your money on Option 2.

Guilt contains 15 stories that range from vivid prose snapshots to fully developed portraits, but each is characterized by an economy of language and a dispassionate point of view that borders on clinical. But the reader can’t say he wasn’t forewarned. The key to this book (and apparently to the author, too) is located right up front, in a quote from Aristotle: “Things are as they are.” Or as rendered in today’s vernacular, “It is what it is.” Here’s a sample, from the story titled “Children:”

“Before they came to take him away, things had always gone well for Holbrecht. He had met Miriam at a supper given by friends. She was wearing a black dress and a silk shawl with brightly colored birds of paradise on it. She taught at the primary school; he was the sales representative for an office furniture company. They fell in love, and after that time was over they still got along well together. At family parties, everyone said they made such a good-looking couple, and most of them meant it.”

If you’re the kind of reader who needs everything explained—and right this very minute!—then obviously Guilt is not the book for you. Take Holbrecht where? Who the heck is Holbrecht, anyhow? Why aren’t he and Miriam still in love? Why didn’t some family members think them a good-looking couple?

Would it help to say that the patient reader will be rewarded? It is true, though Mr. von Shirach doesn’t at all mind leaving loose ends (and loose endings) here and there because, well, hey, things are as they are, and life often comes at us unexplained.

Both the attitude and the writing struck this reviewer as more French than German. Mr. Von Shirach’s style is more the Gallic shrug expressed in prose (tout ça va) than the Ach, mein Gott! of German surprise, and you can’t help wondering if the Berlin defense lawyer boned up on Camus’ The Stranger before setting out on a literary career: “My legal career died today. Or was it yesterday?”

No matter. If you like writing that is so spare it glows of compressed energy and stories that often turn out to be combustible then your next visit to the bookstore should be for a Guilt trip.

Sure, that’s an awful pun. But hey, like the book itself, it is what it is—and what this book is is very, very good.