The Ground Breaking: An American City and Its Search for Justice 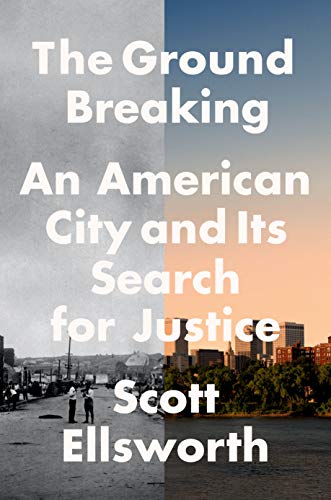 “While some black Tulsans were indicted, no whites ever served prison time for any of the events of the massacre, nor did it take long for white amnesia to set in.”

May 31, 2021, marks the 100th anniversary of a bloody event in Tulsa, Oklahoma, that left scores, maybe even hundreds, of African Americans dead for no reason other than the color of their skin. Author Scott Ellsworth first wrote in detail of the event, sometimes referred to as the Tulsa Race Massacre, in Death in a Promised Land: The Tulsa Race Riot, published by LSU Press in 1982.

Nearly 40 years later, he picks up the story where he left off, with The Ground Breaking: An American City and Its Search for Justice. He begins by recounting the events of the massacre, which had been effectively ignored until Death in a Promised Land forced the nation to confront, at least temporarily, that ugly chapter from its past. He notes, though, that “as far as white Tulsa went, the book didn’t make much of a ripple in the media of the day,” though it ultimately achieved a small measure of national attention before the massacre was again purged from history’s faulty memory.

In The Ground Breaking, Ellsworth delves deeper into the aftermath of the tragedy, hopefully to resurrect it again, and hopefully more permanently, into our collective social conscience. This time, though, he has the advantage of a confluence of events to assist, including Black Lives Matter protests and the racial violence of 2020 along with the upcoming anniversary of the massacre.

As the saying goes, usually attributed to Mark Twain, “History doesn’t repeat itself, but it often rhymes.” When viewed against the backdrop of the Tulsa massacre, these current events can, perhaps, be viewed as merely the next verse in an ugly poem of unlearned lessons that stretches back to this nation’s “original sin” of slavery.

The author acknowledges that the tragic events in Tulsa “existed in a kind of speculative limbo, one where hard facts were difficult to come by.” The consensus, though, is that it had its genesis in a shadowy event in an elevator in downtown Tulsa’s Drexel Building that involved a screaming 17-year-old white elevator operator named Sarah Page and a 19-year-old African American former high school football player named Dick Rowland, a “bootblack” or shoeshine boy, who was seen running from the building.

What actually happened between the two is unclear, but Rowland was arrested and taken to jail. As talk of lynching swirled around white Tulsans, residents of the African American Greenwood community vowed to prevent any such act. Crowds gathered, shots rang out, and, over the course of the next couple of days, Greenwood was torched.

African Americans were rounded up and forced into what amounted to holding pens while gangs of armed whites roamed the streets of Greenwood, burning homes and buildings, and killing anyone of the wrong color who crossed their paths. Martial law was declared and, as the author writes, “Soon, the first truckload of bodies arrive.”

Afterward, as Ellsworth put it, something “incredible” happened: “The massacre disappeared.” White Tulsa blamed the African American community for the entire event, with a white grand jury falsely finding that “there was no mob spirit among the whites, no talk of lynching and no arms.” While some black Tulsans were indicted, no whites ever served prison time for any of the events of the massacre, nor did it take long for white amnesia to set in.

The bulk of the book discusses the aftermath and the unearthing of long-buried facts, including the search for rumored mass graves of African American citizens of Tulsa. Finally, through the efforts of the author and other interested persons, including journalists, “There was no question that Greenwood and the massacre were working their way into the country’s historical memory book.” The Ground Breaking makes a valuable contribution toward that and, if for no other reason, is worth a read.

One of the most interesting aspects of the book is the discussion of the search for graves. No one knew for sure how many were actually killed during the massacre, with estimates ranging into the hundreds, and no one knew for sure that mass graves actually existed beyond rumors. At this point, the narrative becomes a detective story of the effort to prove or disprove those rumors.

Ellsworth and his team were aided in their search for the location of a mass grave by a young homeless woman with possible mental issues known only as Angel, who made her home within the shelter of a blue tarp wrapped around a couple of bushes in a heavily-wooded area along the Arkansas River known as The Canes, close to downtown Tulsa.

Ellsworth explained to her the reason for the search, and his belief that “some of the people might have been buried here.” Of course, there are bodies here, she told him. “‘Because,’ she said, ‘I hear their voices at night.’”

Maybe it’s time we all heard their voices.