Gone at Midnight: The Mysterious Death of Elisa Lam 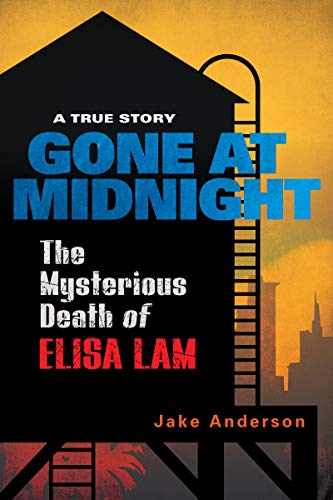 “Gone at Midnight is the type of true crime book that you stay up all night reading.”

It all started with a surveillance video that was published on YouTube. Elisa Lam was a Chinese Canadian tourist visiting Los Angeles and staying at the Cecil Hotel. Not long after midnight on January 31, 2013, Elisa was caught on camera acting strangely on the hotel’s 14th floor. She pressed numerous buttons on the elevator and jumped back and forth between the elevator car and the floor. She seemed to be running away from something or someone.

Weeks later Elisa’s body was inside one of the hotel’s rooftop water tanks. The LAPD and the Los Angeles County Coroner eventually came to the conclusion that Elisa’s death was the result of drowning. Given her history of mental illness, specifically her battle with bipolar disorder, the default assumption was that she committed suicide. This answer did not sit well with internet users, many of whom blamed the Illuminati or satanic cults. Others blamed the paranormal. After all, the Cecil Hotel has been a magnet for suicides and was once the home of two serial killers.

Author Jake Anderson proffers a different explanation in Gone at Midnight. After years of research and personal investigations, Anderson comes to the conclusion at the book’s end that Elisa’s death was as the result of negligent homicide. Rather than a suicide or a tragic accident, Anderson goes into great detail why it is likely that one of the hotel’s employees invited Elisa up to the hotel’s roof for some nefarious purpose. Then, after her death, he hid her body with the help of accomplice until ultimately storing it in the water tank.

Anderson backs this claim up with evidence: no water was found in Elisa’s lungs, thus making drowning unlikely; LAPD canines failed to find Elisa’s body in the tank during the initial investigation, therefore making it likely that her body was moved there later; the Cecil’s reputation for employing sex offenders, drug dealers, and sketchy characters makes it possible that foul play was involved. Anderson finishes up this theory with a big whopper: the LAPD and the Cecil may have conspired to keep the true nature of the crime secret in order to benefit a planned renovation.

There are explosive moments in Gone at Midnight. Anderson lets his many interview subjects make major claims such as when “Mary Jane,” a pseudonymous former contractor with the LAPD, saying that: “the LAPD regularly takes a 20 percent cut of drug deals from individuals and cartels.” Another source, a fellow “websleuth” or online amateur investigator, points out that the security camera footage of Elisa shows “several . . . timecode anomalies, including slowed-down footage, glitches, misfiring seconds, and most shocking of all, fifty-three seconds of missing footage.” Did someone at the Cecil edit the footage? Anderson seems to think so.

Besides these suppositions, Anderson’s book is a heartbreaking look at mental illness. Anderson draws a humane portrait of Elisa as a woman slowly descending deeper into hypomanic episodes. However, Anderson also goes to great lengths to show that Elisa was a talented writer who blogged religiously, a loyal friend, and a kind soul who felt guilty because her brain was brain deviated from the norm. Inside of Elisa’s story, Anderson also weaves in his own tales of mental illness, specifically his realization that he, too, suffers from bipolar disorder.

From mediations on quantum mechanics and the meaning of consciousness, Gone at Midnight is not the typical true crime potboiler. It represents an evolution of the genre, with one infamous crime giving way to Gonzo-like reflections, cultural criticism, and a writing style that befits both the book form and the Internet blog.

Gone at Midnight is the type of true crime book that you stay up all night reading. It is also the type of work that raises more questions than answers, and that’s perfectly okay.