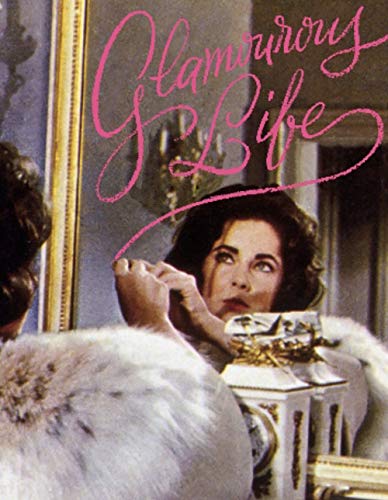 “. . . the poems in Glamourous Life are stories, memorable stories to revisit and reconnect with.”

Somerville, who has an MFA in Poetry from Brooklyn College and a Master of Theology Studies from Harvard Divinity School, begins this collection with a quotation from the Roman Catholic Baptismal Rites, a question which echoes the title of her work: “Do you renounce Satan and the glamor of evil . . . and all his empty promises?”

The Table of Contents, too, is an appealing invitation to continue reading, with quite a few titles that are entertaining on their own, including Tickle Me, Elmo (In which Miss Piggy brays, “You worthless piece of plushy shit!”), Rise and Fall of Civilization, M.I.L.F., I Tried to Murder Tippi Hedren, and Caught Red-Handed in Their Own Ink.

Giving in to the enticement of this introduction and choosing to read the collection in full does not disappoint. These are poems to be read again and again. They are stories, rich and layered and demanding of multiple readings to discover levels of meaning. They are stories of ancient monarchs and sacred infants and modern follies and the career of a movie star and the passing nature of all things, as in the first poem in the collection, “Limited Splendor”:

“A series of grand finales ensued

whereby everything that was

built to last went up in flames.”

"Glamourous Life," the poem which lends its name to the title of this collection, also has the subtitle “Aubade,” which will send not just one reader to the dictionary for the definition of that word: “a poem or piece of music appropriate to the dawn or early morning” and, on a different dictionary website, something more specific and more poignant: “a song or poem of lovers parting at dawn.”

This poem is a delightful, first-person homage to the joys of motherhood in the early morning as the narrator rushes to get the kids ready for school before she heads off to work and then the joys of the work itself, and it is laugh-aloud funny:

“As Minister of Shodding assigned to Lost or

I will bark out orders in the tradition established

by those hyper-fecund Irish bitches, my foremothers:

‘They didn’t just get up and walk away.’”

There are provocative themes in this collection that juxtapose the most compelling of observations. In “Cat/Pope/Baby,” a poem about (though it’s misleading to say any poem in this collection is about just one thing, because none of them are limited to a single subject) the death of a pope, Somerville says of a “slick Jesuit ‘spokesman’” on Fox News:

“One look at him and you just know,

piece for The Nuncio, with his expensive

can be found on any given night,

looking for love in a Trastevere leather bar.”

And even as this is an image that can inspire a laugh or a gasp, the poem, which also concerns itself with the dying of a loved family cat, leaves a lingering sense of hope that death may not be the end for any of us, animals included.

These are highly personal poems, many of them told in the first person. Crushes are confessed, food discussed, and giving birth described. Brooklyn is often conjured, along with Paris and Egypt. Catholicism figures prominently in many, including the aptly titled “What Happens In Church”:

“Remember our chat about ‘the bishops’

who say it’s murder to terminate a zygote

but not the born child nursing in the arms

of his Iraqi mother.

The words to “The Heart Is a Hallowed Muscle” are rendered on the page in the form of that organ. This is not the only poem in the collection that is presented in a unique visual format. It’s been done before, yes, but Somerville nonetheless makes the technique authentically her own because she uses in an apt way for her subjects.

There are 23 poems in this collection, and not a one is unworthy of a laudatory paragraph, with quotable quotations included, in any assessment of this work. It bears repeating that the poems in Glamourous Life are stories, memorable stories to revisit and reconnect with. They are stories to be treasured.