The Girl from the Channel Islands: A WWII Novel 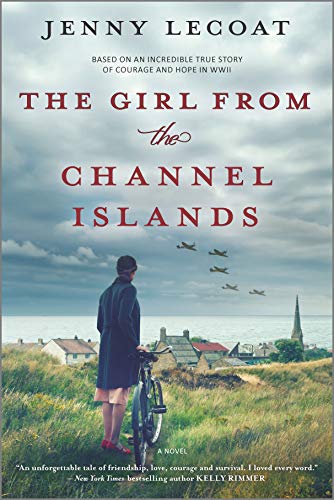 Surely there are World War II novels that aren’t depressing, but this isn’t one of them. At least it offers a fresh perspective, and shows how brutalized people can survive and still find love and courage, strength and hope, when all seems lost.

The perspective comes from the story setting: the isle of Jersey in the Channel Islands off the coast of France, in the English Channel. These islands were the only British territory ever occupied by the Germans during the war. The island citizens had a very rough time of it, as the novel describes through the eyes of Hedy Bercu—who had fled to Jersey from Vienna two years before.

Poor Hedy had the duplicate experience of her home being taken over by the same hostile forces. In both cases, in both countries, she was in peril by being a Jew. She is able to get away with it for a while on Jersey because she is one of the rare people fluent in English and German. This earns her a job translating documents, mostly headache-inducing forms, in the administrative office of the enemy.

She copes using pure grit, aided by a small personal act of resistance. Her position allows her to take advantage of the few imperfections in the German processing system, and to steal ration coupons. With these she helps herself and others.

But the constant fear of being caught—either her theft or her ethnicity—keeps anxiety high. It also colors her relationships with the few people she knows and can trust. Unexpectedly, the key person among these is a German officer who becomes her lover. Discovery of this secret, too, could kill her and everyone associated with either of them.

The story contains little dramatic action. No battles occurred in the islands, nor organized citizen resistance. But there’s lots of dramatic tension. Indeed, that’s the thrust of the book: what happens psychologically to the characters during the long grinding down of occupation, where the Germans slowly but steadily deprive the islanders of everything they need to prosper, and then to merely survive, over the five years between the Germans’ arrival and defeat (1940–45).

The setting and situation are given veracity by the author’s connection to both. She was born in the Channel Islands not long after the war, and some of her relatives were deported to concentration camps during the war. This motivation to write, coupled with deep research, gives voice to people who were otherwise unnoticed or forgotten during that horrible global conflict. The novel thus qualifies as an important contribution to historical fiction.

That a romance is able to occur within this context—two romances, actually, among the four main characters—is a testament to the human spirit.

There are times during the story that readers will be so affected by the strain they will want to put the book aside. But the need to find out what happens ultimately rules. The important, heart-breaking lessons are acted out by Hedy and her lover, Kurt, during their most intense emotional conflicts. Early on, she accuses him:

“You wear the uniform of a Nazi, you accept the pay of the Nazis, you carry out the orders of the Nazis. What else are you but a Nazi?”. . .

“And you?” he barked. “You are an Austrian; we are technically countrymen. You work for the same people as me, you take their wages. You invite me here to get your hands on my food, but you continue to treat me like an enemy. And you know?” . . . “If you lump an entire race together, and believe every person is the same—then you’re no better than Hitler.”

No surprise this stops Hedy in her tracks, and they don’t talk to each other again for a long while. The balance of the story is how they work out such a fundamental conflict, becoming allies against the true common enemy while hiding out from and working against them and facing ever-heightening fear of discovery and nightmare consequence.