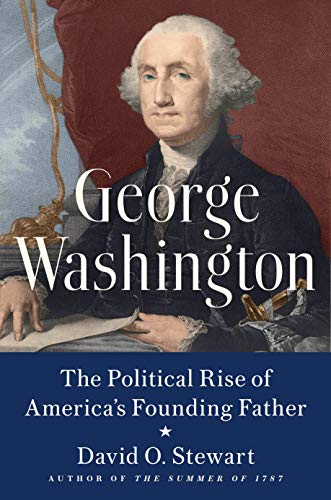 “a truly fresh look at one of the most chronicled figures in American history. Washington literally spent his entire life learning about politics and public service . . .”

Soaring national debt, a weak economy, partisan politics, and foreign intrigues are not new headlines. Over 230 years ago, they were issues that confronted George Washington, our first president, and the subject of this revealing new book. Washington has been the subject of several recent books on his generalship, education, and even his personal library. But this book examines in detail and with excellent analysis how Washington developed the political skills that would serve him during both war and peace.

As the author conveys, Washington learned the importance of politics from a young age, holding numerous offices throughout his life in his quest to earn the esteem and honor of his fellow Virginians. Always conscious of his very middling birth and upbringing, Washington in his early years often let his ambitions get in front of his abilities, suffering both military and political setbacks during the French and Indian Wars that might have ended his rise in Virginia society if he had not quickly learned some very hard lessons.

What is particularly intriguing about this book is the attention the author pays to that crucial period of Washington’s life between 1759 and 1774. Besides marrying an extremely wealth widow to increase his wealth and standing, Washington learned about the retail level of politics as a legislator, businessman, community leader and even as a judge, although Washington had no formal law training. During this time, he matured as a leader, learning about consensus building, compromise, and the mundane details of governing. As the author notes, all of these skills would be needed when he assumed command of the Continental Army in 1775.

As commander of a highly contentious citizen army, it took all of Washington’s now greatly refined political skills to keep the army together while maintaining good relations with the Continental Congress. During the war, Washington faced significant challenges merely keeping his army clothed and fed and although his military record was mixed at best, his ability to inspire and lead the army was a key contributor to winning the war.

The author relates several incidents during the war that highlight Washington’s ability to not only work with the civilian government, but when necessary assume the role of a masterful bureaucratic infighter, facing down the Conway Cabal of officers within his own army that attempted to replace him as commander of the army at a critical time of the war. After the war, his political instincts, including a well-developed flair for the theatrical, allowed him to prevent a potential mutiny by the army over back pay during the Newburgh conspiracy of 1783.

After the war, Washington wished to retire, but the rapid slide of the new country toward anarchy and dissolution led him to take a leading, although mostly behind the scenes, role in creating and ratifying the new Constitution. The author portrays how a now fully political sure Washington uses his gravitas to influence the convention while letting others like James Madison do most of the heavy lifting of working out the often tedious details of how the new government would function.

When Washington is essentially proclaimed the first president, he deftly navigates the numerous challenges, both foreign and domestic, that face the new country, spending the political goodwill and political capital gained through his decades of service to achieve important but controversial legislation during his first term to keep the country at peace and rebuild the war-ravaged economy.

Unfortunately, the author imparts that Washington’s second term was not nearly as successful and the danger he feared most, partisan and sectional feuding, begin to set in, affecting even his famous reserved countenance. By this time Washington is physically exhausted, having survived two serious illnesses during his time as president and is ready to finally leave the public eye for good.

Leaving public service for the last time in 1796, Washington’s final political act is the realization of the danger slavery poses to the new nation even as he struggles with freeing his own slaves from Mount Vernon. Although most of them are emancipated after his wife’s death in 1801, his example is ignored by the South and slavery will continue to undermine the Union for the next half century.

This was a truly fresh look at one of the most chronicled figures in American history. Washington literally spent his entire life learning about politics and public service and his journey to becoming the irreplaceable man in America’s founding shows just how savvy he became in the often rough and tumble world of colonial politics. But in everything he did, he was always conscious of his duty to his fellow citizens and the greater public good, making him the eternal President to which all other presidents will inevitably be compared.