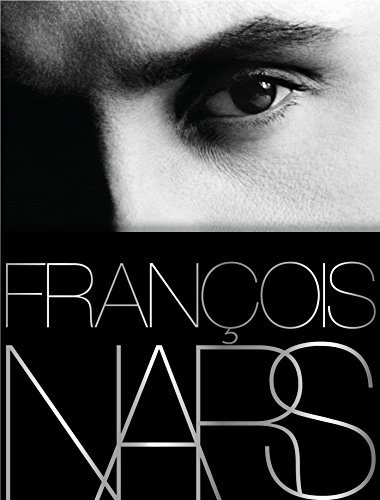 In the early ’80s, it was suggested to François Nars by Polly Mellen to move to the United States so that he could work with his idols Avedon, Penn, Weber—a who’s who of the fashion photography world. Mellen surely knew that she saw immense talent in him and this book celebrates that moment in 1984 when he did move to the USA and what was to come in the ensuing decades.

Francois Nars is a makeup artist, entrepreneur, photographer, and apparently one of the most well liked of personalities within fashion circles as is evidenced by the stunningly breathtaking collage of photographs contained in this book. Anyone who has been able to acquire the usage rights for this kind of assortment is without question a megawatt star in their own right as well as an amazingly talented and highly respected artist.

The overall physical presence of the book is astoundingly beautiful, which, when combined with its visual chronicle, almost guarantees the book to become a complete hands down standout among its genre. What is also quite apparent within is the influence that all of his “idols” had on him especially when Nars took a greater interest in his work as a photographer. To say that François Nars displays his feast of talents might be an understatement, but rather than an ode, the book reads much more like diary of his career. There is nothing boastful or “Hey, look how great I am” about this book.

The reader might misconstrue this as some kind of fairy tale life, but this book is a byproduct of extreme talent that has been recognized and used by the cream of the crop in the world of fashion. If you are of the visually stimulated, do not hesitate to own this book as it will give you many hours of great satisfaction on multiple levels. François Nars is a must for those who desire the most exhaustive of fashion libraries.