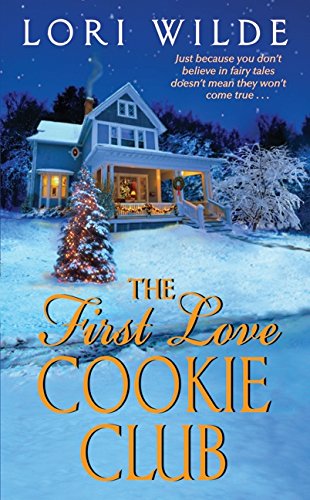 At times this story is more corny than funny, more sappy than cute. But overall, it’s a charming tale that forces readers to use a bit of imagination and is engaging until the end.

Sarah grew up with tales of Christmas Eve magic, when you dreamed of your true love if you placed special cookies baked on Christmas Eve beneath your pillow that night. As a young girl, she followed tradition and dreamed of the same boy each year.

But when the older Travis married someone else on Christmas Day, when Sarah was 15 years old, Sarah quit believing in magic cookies, true love, Christmas, and really, anything else.

Nine years later, she is a successful children’s book author. A letter from a dying child sends her back to Twilight, Texas, at Christmas. All thoughts of avoiding Travis evaporate when she discovers he is the dying child’s father.

The townspeople have their celebrity former resident scheduled for Christmas events galore and everywhere she goes, she finds herself engaged with Travis.

The First Love Cookie Club is definitely full of Christmas atmosphere, but the story separates itself from the holiday hoopla.

It’s the story of a woman getting a chance at living her childhood dream, but being too scared, or too jaded, to believe in it.

Sarah’s aloofness and shyness, while explained and somewhat understandable, is off-putting at times. She does come through as strong at the end, but it takes her a while to get there.

Just as Sarah and Travis seem close to forging a relationship, something happens to force them apart. That’s irritating and has the reader wanting to yell at both Travis and Sarah (mostly Sarah), but it sets up the possibility of a good reconciliation scene. Oops, that doesn’t really happen either.

Nonetheless, the ending is strong—albeit missing an epilogue that would have really been nice. If ever a story needed an epilogue, this one is it. However there isn’t one, so readers are left to use their imagination regarding Travis and Sarah’s long-awaited happily-ever-after.

There is a loose end dangling at the end of this book, though it doesn’t really concern Travis and Sarah. Perhaps that will be resolved in the next Twilight, Texas, book by Wilde. And maybe there will be a glimpse of Sarah and Travis’ happily-ever-after then as well.