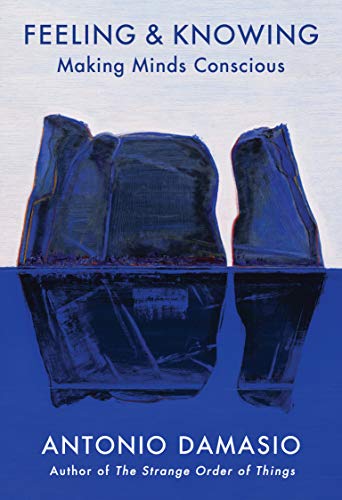 “Forty-eight brief and provocative chapters provide much to consider. Is it too much to call this latest book magisterial? Perhaps not, given that Damasio is one in a long line of deep thinkers who have tackled these fundamental issues of human existence.”

For several decades now neurologist Antonio Damasio has shared his perspective about feeling and emotion—the two, he patiently explains, are definitely not the same—in five nonfiction books aimed at the general reader, most especially in his volume, The Feeling of What Happens (2000).

In his latest work, Feeling & Knowing, he outlines a grand synthesis of how sensing, emotion, and rational thinking cooperate to elucidate the biological roots of consciousness. Forty-eight brief and provocative chapters provide much to consider. Is it too much to call this latest book magisterial? Perhaps not, given that Damasio is one in a long line of deep thinkers who have tackled these fundamental issues of human existence.

Say what you will, but Damasia’s original research over the years has transformed our understanding of the brain and human behavior.

Plato first claimed that we are prisoners of our feelings and should therefore hold fast to “the sacred cord of reason” lest we become lost. Euripides agreed that folly occurs when desire and reason conflict. Aristotle, on the other hand, dismissed both of them by claiming that emotions have a logic of their own that we must understand on its own terms. Emotions are not mere animal passions unleashed, he argued, but a complex aspect of rational thinking.

Damasio not only agrees with Aristotle but walks readers through the historical forces that brought our thinking to this point. In recent years, philosophers, neuroscientists, and others have declared the problem of consciousness (the so-called “hard problem”) unsolvable. But Damasio will have none of it. Luckily, he puts his foot down, unapologetically so.

Throughout this book readers are tutored in why being conscious is not the same as being awake, and why consciousness exists within our dreams while what AI and thinking machines importantly omit as superfluous and inconvenient are precisely the crucial “feeling stuff.”

In the grand scheme, Damasio argues, nervous systems are “afterthoughts of nature,” and he explains why sensing is not the same as being conscious and “does not require a mind.” He distinguishes “un-minded intelligence” such as that found in bacteria, viruses, and molds—that were present ages before humans—and which respond intelligently to their environment and challenges within it. Theirs is “the one variety of intelligence on which most lives on earth have depended and continue to depend. Yet this level of intelligence remains hidden to mental inspection.” The “un-minded intelligence” operates 24/7 and relates to the brain’s highly efficient utilization of energy. A lack of myelin insulation and absence of a blood-brain barrier allow signals from the body to interact directly with neuronal ones.

What ultimately renders Damasio’s arguments persuasive is the way his premises flow from broad, general principles, particularly that of homeostasis, which is the drive within all organisms to maintain a stable internal milieu. It is the chemical soup that bathes not only the nervous system neurons but every cell within the fabric of the body. Homeostasis ultimately detects “perilous deviations from life-conducive ranges.” Damasio’s approach is highly persuasive because the principles on which he bases it are basic and unchanging. Darwin didn’t issue an updated theory of evolution every 10 years; the same goes for the fundamental of neuroscience.

In his intriguing account he sees being, feeling and knowing as constituting “three distinct and consecutive evolutionary stages.” He further shows how the interconnected anatomy of brain and body allows physical flesh to harbor mental experiences––surely a shocking premise for many readers. Finally, he demonstrates how the body and its nervous system interact directly, and abundantly, and why mental introspection “has no rival, let alone a substitute.”

Typical of the way he thinks in broad perspectives, he notes how introspection “memorably served the scientific and artistic genius of Willaim James, Sigmund Freud, Marcel Proust, and Virginia Woolf.” Happily, the results of introspection today “can now be connected and enriched by results obtained with other methods.”