The Fallen: A Novel 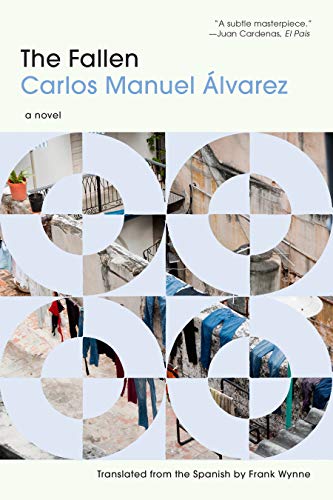 “If Carlos Manuel Alvarez’s debut novel The Fallen is any indicator, he is a Cuban writer to watch.”

If Carlos Manuel Alvarez’s debut novel The Fallen is any indicator, he is a Cuban writer to watch. His writing is intelligent, powerful, and insightful, and his short novel will prove to be enlightening for those who have visited Cuba, or wish to.

The story revolves around a family struggling with the harsh reality of life in Cuba during the 1990s, an era of hardship and deprivation known as the “special period” that followed Castro’s failed revolution. They are also struggling with their relationships to each other.

Told in five sections divided into four monologues each, we hear the alternate voices of the chronically ill mother whose seizures represent the spasms of a country struggling to survive; the father, a dedicated “Fidelista” who clings to the promise of the revolution; the daughter, resigned to her fate as a hotel worker who steals for the black market; and the son, who suffers through his military service, relieved only by auto-erotism. It’s an intergenerational story of a family in breakdown, a metaphor for the country in which they reside and endure.

As another reviewer aptly put it, the novel is “a museum of solitude and of the cracks separating our inner world from the one we live in and from those with whom we coexist.”

Here is the father, Armondo, lamenting the state of the state: “These days people take what they are given, and sometimes what they are not given too. Sometimes I cannot help but think . . . that the heroes of the Revolution had it easier than I do. People say times were hard back then, but the hardest times are those when no one wants to do anything, times marked by a crisis of values, a spiritual simplemindedness, too little determination.”

Marianna, the mother, reflects on the more mundane aspects of daily life as she recalls a day when she received a gift of chicken breasts. “When Armondo arrived home he came into the kitchen. We both knew this was a special occasion. We had salad vegetables for the weekend, but he suggested we that perhaps we might have them tonight. Eat well for a day rather than badly for a week. . . . This was our lucky day.”

By allowing readers to listen, almost voyeuristically, to the characters tell their stories in fugue-like progression, Alvarez charts the disintegration of a family that symbolizes the breakdown of a country and a culture torn between the older generation’s idealism and the pragmatism and hopes of their progeny. The result is often startling and incisive.

“You do not try to cling to anything, you simply let yourself be carried by the current, like a broken body, until you get caught up in a clump of reeds, or some whirlpool sucks you under, or you wash up on some sandbank, and then your last thought is that now you are going to sleep . . . and afterward there is nothing,” son Diego says. It’s a heartrending reflection, and there are many of them, some that take our own breath away—a sign of a truly gifted writer.

The Fallen is Álvarez’s third book and his first to be translated. Named to the prestigious Bogotá39 list (39 Spanish-language writers under 40 to watch) in 2017, expect to see more in translation from this writer.