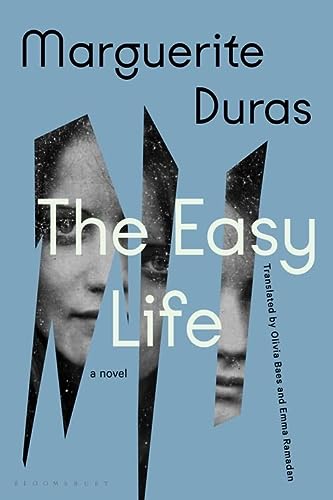 This second novel by the renowned French writer, Marguerite Duras, was written in 1943 when she was 29, and originally published by Gallimard in 1944 as La Vie tranquille. It is a slender book yet one that is expansive with introspective observations about family, love, and existence. The story is narrated by Francine Veyrenattes, who is 25, thus close in age to the author. Francine lives on a farm near Périgueux with her beloved younger brother, Nicholas, his baby and neglected wife; her parents; her despised uncle, Jérôme; and Tiène, who is intimate with Francine but perhaps not sexually. Their relationship is clouded in ambiguity as is Francine’s relationship with Nicholas.

Divided into three parts, the plot swirls around the deaths of three men. Uncle Jérôme is murdered by Nicholas because Jérôme was sleeping with Nicholas’s wife, an attack that was, in part, provoked by Francine. Later, Nicholas commits suicide (Duras also lost her younger brother, perhaps the inspiration for the novel). Francine feels overwhelming sorrow and ponders why Nicholas threw himself in front of a train. Part two is devoted to a two-week sojourn to the ocean, where Francine considers her future, her relationships, the nature of life, and the death of an unknown male swimmer. Part three concludes with her decisions about the path forward.

The plot’s arc is modest but told with lyrical sadness, echoing the author’s own personal grief: in addition to the loss of her brother and her miscarriage months before she began the manuscript, her husband was deported to Buchenwald because of his participation in the French Resistance.

Duras constructs her text with a unique combination of structural asperity and lush style. Her sentences are carved with care, sticks stacked up one atop the other, building to heady, rich paragraphs so that one expects a conflagration. Instead, this drama smolders rather than burns, and even dramatic events are rendered with Francine’s contemplative lassitude. Her descriptions of place—the pastoral beauty of the landscape, the animals, and, later, the sea—suffuse the work and make it glow. Much happens but it is Francine’s interiority where this sensual novel lives and breathes.

Gorgeous writing abounds. “[Jérôme] had swallowed himself . . . and was watching himself from the inside, dazzled by his own suffering.” “Nicholas was sad with that sadness ‘without reason,’ like the day after a wedding . . . when the thing is done and no longer has to be done.” “[Luce] walked through the rooms as though still on a horse. Her gentlest gestures created wind, unleased an aroma of wind.” Descriptions: “Here’s the dawn, the night cracks all over it.” And: “a blue haze resting between the trees.” Realizations: “now time is old. Once you lose the ability to forget, you are permanently deprived of a certain life.”

Francine’s awareness about her family—and also herself—is revealed in these thematic lines: “They dreamt of finding a way to part ways forever. They didn’t love one another as much as they thought nor did they hate one another as much. But they found themselves united by poverty, by marriage, by the fact that no real reason to leave each other presented itself, except for the desire for something to happen. But as time went on, this desire found every excuse not to happen.”

Despite the challenges inherent in her circumscribed existence, Francine observes the exquisite beauty around her and generously shares her vision so that our senses are heightened, and we view the world with fresh eyes, with more nuance and perception. While this woman’s life appears simple, Duras coaxes the reader into the complexity of Francine’s mind and engulfs us in her thoughts, conflicts, and passions.

Although The Easy Life is written by a young author, the novel is an innovative, modern work that presages the pioneering career Duras was soon to achieve with masterpieces such as The Lover and Hiroshima, Mon Amour. This English translation, including the insightful foreword by Kate Zambreno, is an essential addition to the canon of great 20th century literature.