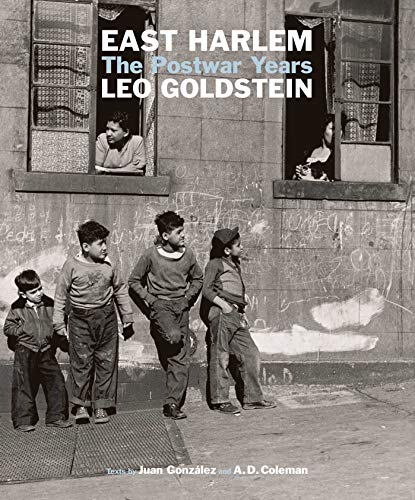 New York has always been a city of immigrants, of migrants from other parts of the country, and of ethnic enclaves characterized by the distinct rhythms, cuisines, traditions and flavors of its inhabitants. In 2018, almost 40% of the city’s population was foreign born, and these residents, together with their American-born children, continue to play a role in shaping the city’s culture—and its future—along with those who move here from other places within the country’s borders.

Despite recent trends towards gentrification, some neighborhoods retain aspects of their unique culture and history. East Harlem, commonly known as “El Barrio” or “Spanish Harlem,” is one of these. While the area has long been identified with Nuyorican heritage and culture, it wasn’t until the 1940s that the community, which was largely Italian at the time, experienced a significant influx of migrants from Puerto Rico—the first of many waves moving to the mainland United States, and to New York City in particular.

This experience is at the heart of East Harlem: The Postwar Years, a collection of photographs published posthumously from the collection of Leo Goldstein, approximately 70 years after they were created. In the book, Mr. Goldstein documents scenes that provide a window into what life was like for the men, women, and children who moved from their “sun-drenched Caribbean island” to build a new life in what journalist and university professor Juan González describes as “a strange new world of asphalt streets and dreary concrete buildings” in his preface.

“Most of the migrants who came during the 1940s and 50s spoke little English; they had only the barest education; and they worked the most menial jobs,” Mr. González says. He recognizes Goldstein as a pioneer, who saw the significance and humanity of González’s community, documenting an experience beyond the “racist narrative that Puerto Ricans had become a problem for US society.”

Goldstein was a member of the Photo League, a prominent group of photographers devoted to chronicling the social life of working class and impoverished Americans, which was blacklisted by the Justice Department shortly after he joined. Like most who joined the organization, Goldstein had immigrated to the United States with his family, and though few options for a formal education in photography existed, he was able to learn the craft from other photographers and through his own experience.

The book’s images, which date back to 1949 and the early 1950s, are both specific and universal, historical and timeless. They are universal and timeless in the sense that they capture certain commonalities of life in neighborhoods across New York City, such as groups gathering on street corners or sidewalks, families sitting on stoops, women leaning out of their windows, and children playing next to tenements or in empty lots. However, the photographs are far from generic, quite the opposite.

Goldstein, a former resident of East Harlem, with a similar socioeconomic background as the people he was photographing, was working in an environment that he was intimately familiar with. He wasn’t looking to exploit his subjects or create a false narrative. Despite this connection, he appears to observe everything from a distance, and with minimal interaction.

The images are all made outdoors, in public spaces. This doesn’t detract from the work; in New York City, where so many live in crowded and small quarters, it’s not unusual for apartment dwellers to spend a good deal of time outdoors. It does mean, however, that there is no in-depth exploration of any single person or family. The story he shares is a collective one, comprised of many individual parts.

Goldstein’s black and white photographs, reproductions of prints that Goldstein made himself, are simple, unaffected, and artfully composed. As A. D. Coleman notes in his introductory essay, Goldstein used a Rolleiflex, a medium-format camera that requires the photographer to look down into the viewfinder while composing and capturing an image. This often changes the dynamic between photographer and subjects, as the people in front of the camera don’t feel like they’re being directly observed and may be unaware that they’re being photographed at all.

There are multigenerational portraits of families, children playing ball or jump rope, shoeshine boys plying their trade, street vendors selling food, women returning from “La Marqueta,” neighbors talking and laughing and images of people just sitting, standing or watching quietly, taking in their surroundings or lost in their thoughts.  Soft, floral dresses meant to be worn on an island of warm breezes and lush greenery, stand out against the hard edges of urban life. Goldstein’s subjects are infants and seniors, weary and joyful, a racially mixed group that reflects “the contradiction of being at once citizens and foreigners.”  Every face, and every image, tells a story.

As Mr. González writes, “We had seen our parents work themselves to death to ensure a better life for us, despite their facing constant hostility. We had seen the city and country prosper from their labor . . . we even spawned our own group of activist photographers . . .”

“But long before Frank [Espada] or Hiram [Maristany] or Michael [Abramson], we now know there was Leo Goldstein, a solitary photo artist of the 1950s who trained his lens on this heroic but little-known community of migrants seeking to realize their hopes and dreams in one small neighborhood of this nation’s greatest city. We who lived through these years in East Harlem can assure you, his lens was truer than any of the news articles, movies, or books of the era, and we are all enriched by the work he left behind.”

Denise Simon is a writer and photographer whose work has been published in national and regional magazines such as Westport and Town & Country. She is also the founder of a boutique photography studio where she works with private, editorial, and corporate clients.