The Dying Detective: A Mystery 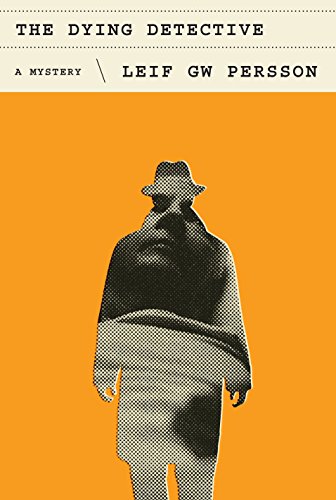 Lars Martin Johansson, retired head of the Swedish National Criminal Police, stops at a well-known hotdog kiosk for a quick bite to eat before heading home. He passes the time of day with several Stockholm police officers waiting for their food orders, takes his sausage with sauerkraut and mustard back to his car, and promptly suffers a stroke that renders him unconscious, head on the steering wheel, food spilled down his lap.

The Dying Detective is Leif G. W. Persson’s sixth novel translated into English. It tells the story of a cold case brought to Johansson’s attention by his doctor as he recuperates in hospital, struggling to adjust to his “new life, his life as a patient.” A nine-year-old girl named Yasmine Ermegan was brutally raped and murdered 25 years ago, and although the case was investigated by Evert Bäckström, the protagonist of several other crime novels by Persson, it ended up going nowhere. Longing to retain something of his old life, Johansson agrees to look into the case.

Assembling a team consisting of Jarnebring, his best friend and former colleague, a surly brother-in-law, his heavily-tattooed and pierced caregiver, and a mysterious young Russian muscleman named Max, Johansson doggedly peels back the layers until he discovers the identity of the killer and is faced with a difficult decision forced on him by an oddity of Swedish law.

Persson’s previous crime novels include a trilogy revolving around the murder of Swedish prime minister Olof Palme, in which Johansson appears, and several novels featuring the thoroughly repulsive Bäckström, which are unreadable. In The Dying Detective, however, he has written a novel that deserves to be ranked with the best that Scandinavian crime fiction has produced.

The atmosphere is by turns melancholic, suspenseful, and amusing. Johansson is completely likeable, and his supporting cast of characters charm us as they take turns assisting “the boss,” who despite his infirmity has still managed to retain his ability to “see around corners.”

The story moves steadily along, the pages turning without effort, and the mystery and its investigation hold our interest throughout. Additionally, the translation from the original Swedish by Neil Smith is smooth and transparent.

Some readers in this part of the world may be familiar with Persson’s work due to the short-lived 2015 American television series Backstrom, starring Rainn Wilson (The Office), which attempted to capitalize on the annoying fad toward curmudgeon-based programming such as House and other regrettable sallies into Unpleasant Personality Disorder. Others may be aware that Persson is Sweden’s most renowned psychological profiler and a professor at the Swedish National Police Board.

For the most part, though, his crime fiction has been overshadowed in North America by that of Stieg Larsson, Henning Mankell, Camilla Läckberg, and even Søren and Lotte Hammer. In large part, this is due to its middling quality; However, with the publication of The Dying Detective, we must reset our expectations of Leif G. W. Persson as a standard-bearer for Scandinavian crime fiction.

If you’re an aficionado of the genre, or even if you’re new to it and would like to try a representative sample, grab yourself a grilled sausage with sauerkraut and mustard, a glass of Swedish vodka, and read this book!