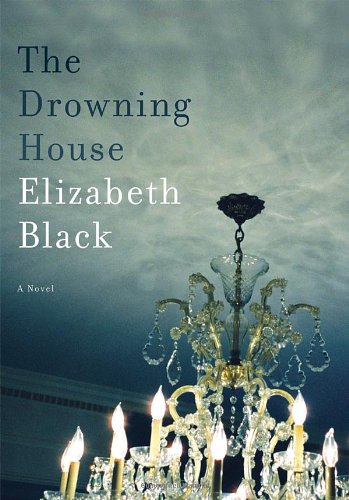 “. . . an intelligent page-turning mystery combined with a good dollop of well-told history . . .”

Dark family secrets, love, loss, and an insular island setting. Age-old elements, but when they’re skilfully woven together—as they are here in debut novelist Elizabeth Black’s The Drowning House—they are as entertaining as if used for the first time.

Photographer Clare Porterfield is in danger of losing herself after the accidental death of her small daughter, Bailey. Barely able to battle her growing indifference to her husband, she accepts an invitation back to her Galveston, Texas, birthplace to curate a photographic exhibition. And she accepts even though the circumstances surrounding her departure, some 10 years earlier, were far from normal.

The invitation is extended by island stalwart Will Carraday, whose wealthy and influential family has always had a complex relationship with her own.

The project, feels Clare, will be a way to wake her from the listless state she’s inhabited ever since Bailey died.

But the trip to post-loss rehabilitation threatens to awaken other feelings, too, as poking around in old papers and pictures, she finds herself drawn into a century-old mystery involving Stella Carraday, who according to legend drowned in her family's home during the Great Hurricane of 1900, her long hair tangled in a chandelier.

Advance peer reviews for Ms. Black’s book have been effusive: “an impressive literary voice;” “mysterious . . . utterly riveting . . . a captivating mystery as well as a beautifully realized story;” “as dark and gleaming as a ruby.”

Unfortunately, they don’t quite tell it like it really is.

The marketing material is more realistic. The book, it says, captures the distinctive culture of Galveston, past and present, in the way that [John Berendt’s] Midnight in the Garden of Good and Evil did Savannah’s and “hits that sweet spot between literary and commercial fiction.”

A sweet spot indeed. For sales, that is. Not so much for literary fiction lovers for whom this book is likely to be a little disappointing.

For while Ms. Black is a competent writer and The Drowning House an entirely readable book, it lacks the necessary lyricism to justify its given genre. I’d argue that it’s a straight up-and-down, well-executed mystery novel.

Steeped in local detail and history, the book has given me a yen to visit the barrier island on Texas’s Gulf Coast—but that’s where the touted similarity to Mr. Berendt’s book begins and ends.

The Drowning House should do well though among readers looking for an intelligent page-turning mystery combined with a good dollop of well-told history rather than for true literary style.