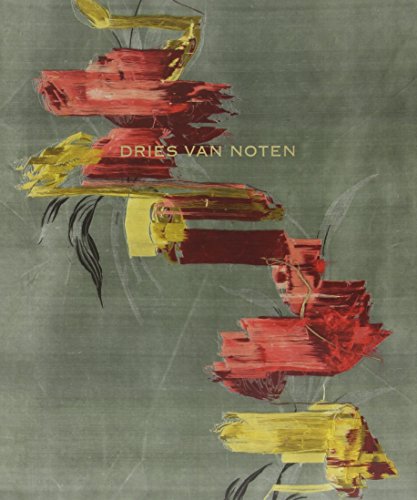 “Its presentation and content is superbly executed and gives the reader an unusually intimate view of this designer. A tome like this is an invaluable addition to your fashion library and will be one that offers many hours of pleasure.”

What one comes to expect from a monograph such as this is that you will be dazzled with visuals and the photos will require very little explanation. The subject matter of most of these pictorials is usually either a sweetheart of the current fashion media or a great designer of the past who might have been forgotten or is less than a household name.

Dries Van Noten breaks the mold on all accounts. This is indeed a love letter to the designer but also a book that entertains, enlightens, and glorifies the art of fashion. It should be stated here that this reviewer is not a dyed a in the wool fan of the designer but nonetheless is constantly curious about his prodigious offerings every season. Here, with Dries Van Noten, these eyes and my inquisitive nature have been exhaustively satisfied.

This particular paean reveals a side of a designer that is more often attributed to those with less experience. He is very cerebral, but also very honest and straightforward whereas as many of today’s crop of designers prefer to use words that are supposed to compensate for poorly designed, questionably executed collections. Van Noten’s humanity and honesty are greatly refreshing.

Two of the most wonderful segments of the book are the Q&A conducted with Ms. Golbin and the second section devoted to the restoration of Van Noten’s home, which is lovingly written by Mr. Bowles. The former exposes the designer not as a god but as a person with doubts, foibles, and wry observations just like any of us, and the latter is an amazing story of restoring life to what was once glorious.

This is most definitely a book that the reader will go back to and read for a multitude of reasons. A major aspect of Dries Van Noten that is so incredibly wonderful is a large section titled Inspirations. As previously stated, many designers offer all these cryptic and philosophical treatises to explain their seasonal collections, in the end making little sense overall. Van Noten offers us his visual inspirations and then shows us the end result on a facing page. It is such an elementary process and yet rarely if ever used and highly effective for communicating the creative process.

No matter if you are a fan of Dries Von Noten or just a reader thirsty for knowledge when it comes to fashion, Dries Von Noten is a major player in the arena of fashion books. Its presentation and content is superbly executed and gives the reader an unusually intimate view of this designer. A tome like this is an invaluable addition to your fashion library and will be one that offers many hours of pleasure.