Do You Want A Hug? (Flip Flap Pop-Up) 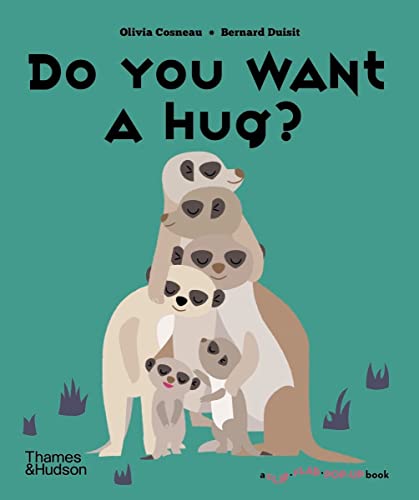 This superficially clever pop-up book features a range of animals, from penguin to meerkat, all answering the refrain, “Do You Want a Hug?” The theme of affection between parent and child, between friends and siblings is one that’s appeared in many children’s books. According to the publisher, what sets this book apart is the emphasis on consent.

Consent for a hug in a book aimed at three year olds? This could sound like a right-wing joke about typical overly zealous liberals. Unfortunately, it’s all too seriously intended in what could have been a charming book about cuddling. If you are a parent who is worried your child might hug somebody in an offensive way, then this is the book for you. Others may ask if there is such a thing as an offensive hug from a young child. Consent, after all, is a term used in cases of sexual harassment, of rape. Are we now equating a young child’s innocent show of affection with sexual harassment?

Sadly, this is not an isolated case. There is a fresh crop of picture books aimed for young ages that feature the question of asking permission before demonstrating any kind of affection. This one at least isn’t as heavy-handed as its peers, but the basic concept remains deeply troubling. How about affirming children’s loving instincts instead of accusing them of a crime that exists only in the minds of adults?