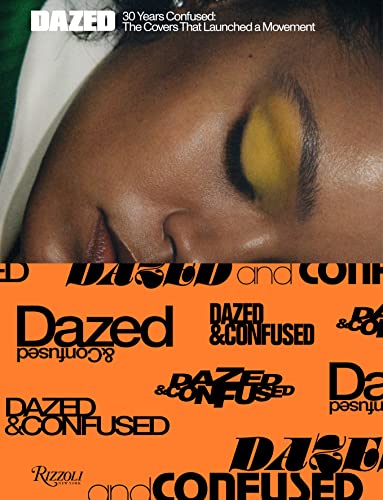 “a three-decades-long time capsule of the voices of the youth culture and what was on their minds . . .”

What started as a leaflet in 1991, by a then 20-year-old Jefferson Hack, Dazed and Confused evolved into a juggernaut that captured and created the zeitgeist of a generation and beyond. Starting in the 1990s and still in operation 30 years later, this printed magazine covered culture, creatives, politics, fashion, style, and more at a time when the Boomers were long gone from the scene and Generation X was departing the spotlight. Generation Z later took the youth of this new era and gave them a voice that was heard not just locally but eventually internationally.

If Dazed was the definitive style magazine of the ’90s, it is because it was born and raised in these years, with all the attitude of the era. As for the difference between a style magazine and a fashion magazine: “one’s about the culture of living, the other, skirt lengths,” wrote Dean Mayo Davies

Magazine readers in the United States are not as well acquainted with this publication, which makes 30 Years Confused more than just an informational and historical read. The book is unquestionably a three-decades-long time capsule of the voices of the youth culture and what was on their minds during this time. It is textually and visually informative, entertaining and informational and illuminating.

Many of the chapters and excerpts will be unfamiliar to most readers but there are some gems, like an interview between David Bowie and Alexander McQueen that all took place over the phone.

Where other newsstand titles pursued the pop realm, Dazed magnified alternative voices like no other: “a new generation out there doing it, creating the climate of not just now, but the shape of tomorrow,” said Dean Mayo Davies.

Readers should be expected to be sucked into a history that spans 30 years and brings you through the decades cover by cover with teasers of articles and photographic essays.