Into the Crooked Place 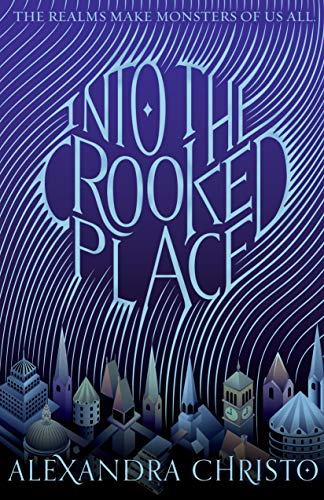 "This book is highly recommended for anyone who enjoys fantasy, magic, complex relationships, and family dynamics. The writing is smooth and gorgeous, and the characters, while not people of pure morality, are easy to root for."

“Tavia Syn made a living on magic and it was rarely the legal kind.”

This first sentence throws the reader right into that magic, into a world where darkness reigns. Tavia, the best busker for the Creije underboss, knows her magic, and knows how to trick customers into buying it. She doesn’t like tricking people, but she has to sell her share for her bastard of an underboss, who lives in the Crook.

“The Crook was so named because it was full of crooked things, the most crooked of which was Wesley Thornton Walcott, who was both Tavia’s underboss and the closest thing Creije had to a gangster.”

Tavis and Wesley grew up on the streets together, partnering so they would survive, but, as Tavia says, that was “before he became the underboss and so before he actually became a bastard.”

And then there’s Karam.

“Karam licked the blood from her teeth. Tricks and coin flew toward her, colliding with the rope that enclosed the ring. It was like an amphitheater, only instead of stone there was fancy wallpaper, and instead of warriors there was Karam.”

Karam works as a bodyguard for the underboss Wesley, but wishes she could spend more time with her girlfriend Saxony.

“Saxony Akintola didn’t use her real name when she worked at the Crook, which meant that the only time she ever heard it was when she spoke to her family back in Rishiya and—if it was her father—lied about how moving to Creije was the best thing she could have done . . .”

These four people sometimes work together, sometimes oppose each other. But the one thing they have in common? They all want to take down the Kingpin, the man who keeps them all under his thumb, the man who kills without caring, and wants them all to do the same. So now they are on a mission, traveling to the Kingpin’s home, fighting through trials and defending themselves against his army. Will they make it? Can they work together? Can they stop the new magic he is unleashing to destroy their world?

Into the Crooked Place is beautiful, intense, and dark. The characters are diverse, and it is a pleasure to get to know each of them through their own chapters. The cast is filled with people of color and differing sexual orientation, women with agency, and people with all brands of thought. The diversity is not preached, but occurs simply as part of the story. How refreshing!

This book is highly recommended for anyone who enjoys fantasy, magic, complex relationships, and family dynamics. The writing is smooth and gorgeous, and the characters, while not people of pure morality, are easy to root for. One word of warning: This is the beginning of a series, and not all storylines tie off completely.