Conditional Citizens: On Belonging in America 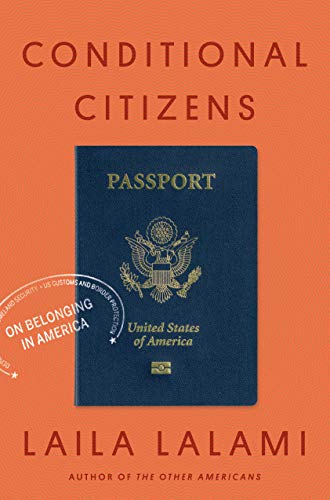 Author Laila Lalami came to the US from Morocco in 1992. In 2000, she became US citizen. But Lalami does not fit neat categories defining US personhood. Neither, she argues, do many others. “My whole life has been lived in-between—in between language, in between cultures, in between countries.”

“All men are created equal,” Jefferson wrote while keeping slaves. The contradiction endures. Race, gender, faith, national origin, ability, gender expression, and sexual orientation affect “interactions between the state and the citizen, whether in the voting booth or at a border checkpoint [so that] . . .  the full rights, liberties and protections of citizenship are still not shared equally by all Americans.”

Lalami is expected to fit a “single public story” about Arabs and Muslims. It is negative. At a literary reading, a “white woman in a blue pant suit” asks about ISIS. A white author would not be asked about white supremacism. For, a white author is “responsible for his or her own creative work, whereas I was a specimen, culled from a group of people these readers found mysterious and perhaps dangerous.”

History is forgotten. When Lalami, at lunch with a colleague, criticizes the invasion of Afghanistan, she gets a “look filled with disbelief and suspicion.” She is expected to be grateful and keep quiet.

US interventions abroad are not remembered. Yet Lalami also buys into a “single public story” about US history. She describes her mother-in-law as “having come to the United States after the Communist takeover of Cuba.” That “takeover” was an entirely popular rebellion against a brutal, corrupt (US-backed) dictator. It only claimed the label “socialist” more than two years later.

It was revolt by people who also claim to belong in America: “Nuestra América.” They are not even “conditional” candidates but instead, as Simón Bolívar said, “even lower than servitude, lost or worse absent from the universe.” Cubans did indeed flee Cuba after the revolution. The US government called them “refugees” but other countries, Canada, for example, called them “immigrants.”

As for the “wave of political repression” Lalami refers to, Italian journalist Gianni Minà, for one, says that when it comes to Cuba, evidence is irrelevant: the US story prevails. It has nothing to do with reason and argument. It is why Che Guevara, at an economics conference in Punta del Este, Uruguay, in 1961, said the conference wasn’t about economics; it was politics: The US president had already defined “democracy” so that no evidence presented by Latin Americans could count as evidence against US domination in the name of “democratic development.”

What that meant had been defined by power.

It complicates the story of the “woman in the blue pantsuit” (the description is repeated five times).  The sixty-something white woman, who gets a lot of space in this short book, stands in not just for stereotypical US ignorance of history but for stereotypical unwillingness to know historical truth.

It may not be so. Wanting the truth is not always enough. In the US, there is propaganda against Arabs and Muslims (and Cuba) but there is also propaganda against truth. Even some academics refer to “truth” in quotation marks, as if there is none. The US has this particularity: Science is not trusted.

It is not easy not to be ignorant. James Baldwin said “the only hope for [the US] . . . Is to undermine the standards by which the middle-class American lives.” He referred to power built into US identity, even for those who, like himself, are marginalized. He called it a “burning fire.”

As a result, although he was black and gay, Baldwin wanted nothing to do with identity politics. It “rubbed [him] the wrong way.” He wanted “a coalition . . . based on the grounds of human dignity.” The bridge uniting black people, he wrote, is suffering. He articulated that suffering drawing on his own lived experience: as black and gay. Thus, he moves readers to understand his characters as human first.

Of course, such claims are mocked within politics of identity movements. But it is for the same reason science is mocked: distrust of any authority beyond individual beliefs. It is also part of the “single public story,” the idea that humanism, and democracy, is whatever we want it to be. No truth, just belief.

This is the “single public story” needing to be challenged. And it is challenged. The subtitle of this book is On Belonging in America, meaning it could apply to non-USers making precisely that bothersome claim: to be part of “the people” democracy is supposed to serve. And it’s not just belief. It’s true.

It’s been claimed for centuries. Identity politics does not hear, as this book unintentionally shows.