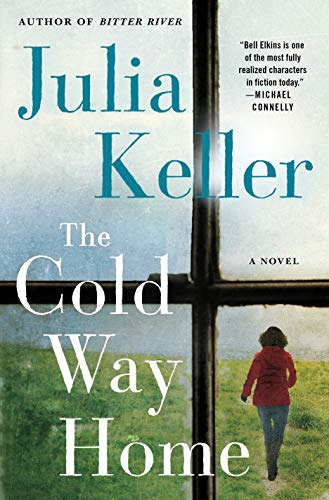 “Keller’s lush prose and complex characters will draw readers in . . .”

Hired to find a missing woman, Bell Elkins discovers a dead body in the woods instead, throwing her into a different kind of investigation. “Later, she would wonder—when she finally had time for such reflection, which definitely wasn’t right now—how the human body realized that it was in the presence of death.”

Keller writes with the moody, atmospheric tension expected from strong southern writers. Her description of place becomes an active character in her work. “The last of the day’s light lingered along the tops of those mountains, a fugitive glow that would be gone before you knew it.”

She also centers her series on the poverty of Appalachia and the social issues that accompany the disparity of social classes. “Opening a business in Acker’s Gap was, he supposed, like the old joke about second marriages: It represented the triumph of hope over experience.”

Against the backdrop of rural beauty and the conditions of the poor, she places the town’s most recent murder. Bell Elkins, a disgraced prosecutor working as a private investigator—and her two partners—become ensnared in the search for the killer.

Once dragged into the investigation, Bell and her cohorts find themselves uncovering the history of a mental health hospital closed years ago when electroshock and other inhumane treatments fell out of favor. The crimes of the past have resurfaced through the brutal killing of a local woman.

Throughout the investigation, Bell and her fellow investigators struggle with their own issues. Retired sheriff Nick Foglesong and former deputy Jake Oakes deal with personal and work lives now that their public service duty has ended.

Fogelsong, who is both aging and injured, faces life after divorce, while wheelchair-bound Oakes confronts his limitations, mental and physical, regarding fatherhood.

Although Keller splits her time between the points of views of other characters, and occasionally strays from the investigation to provide a complete picture of their private lives, it is Bell that ties everything together, the common thread throughout the tale.

After learning the identity of the corpse, various avenues of investigation open in front of Bell. She finds herself digging into the past of not just the individuals connected to the recent murder, but also the historical conditions of mental health treatment and the secrets held by the local townspeople connected to the hospital.

Bell’s investigations allow Keller to create an accurate, and dark, portrayal of a psychiatric hospital, reminiscent of Greer Macallister’s Woman 99.

Bell makes for an interesting protagonist, one who cannot be deterred from discovering the truth. As described by her partner Nick Folgelsong, “he automatically understood the fierceness of her curiosity, of her hunger to find out what had happened to this victim and why.”

Fierce and determined, Bell follows the clues where they lead and isn’t afraid of digging into uncomfortable situations, including that of Nick’s longtime friend, the terminally ill Joe Gilley, who knows more than he lets on and has a personal stake in the outcome.

Keller gives Bell a poetic realization of Joe’s mortality. “She knew the look. Bell had seen it in her sister’s eyes, too, shortly before Shirley’s death from lung cancer. It was a sort of reverse nostalgia, a steady, quiet yearning not for the past, but for the future—a future that would never be.”

Bell pushes forward with the investigation, no matter who the suspects are or how it might impact close relationships of hers or her partners. Each step toward solving the crime places Bell and her partners in greater and greater danger, ratcheting up the tension and pulling the reader through to the dramatic climax.

Although The Cold Way Home comes eight books into the series, the novel can be read as a standalone. Keller’s lush prose and complex characters will draw readers in regardless of the missing history from the earlier books.