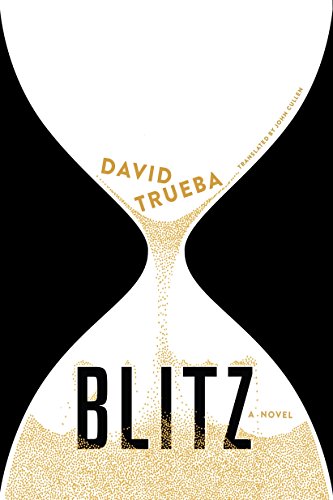 Overly graphic sex scenes, frayed emotions, language in translation, meditations on man’s relationship with nature and the cities or town spaces most people live in, modern Spain, government corruption, and the financial crisis which has brought 50 per cent unemployment for under-25s—it’s all in this short, chaotic novel.

The plot is fairly straightforward. Spanish landscaper Beto (30) is in Munich for a planning competition with his girlfriend of five years Marta (27) who accidentally sends him a text that reveals that she has resumed a relationship with her previous partner.

Dumped and penniless in Munich, Beto is rescued by German woman Helga (63), who had translated his presentation at the competition. She brings him home, they get drunk and end up in bed.

The next day Beto is both appalled and invigorated by what has happened. He wants to flee, not to have to speak to Helga again, but grateful for the experience, not just the sexual one but how she had helped him to navigate the aftermath of his sudden breakup with Marta.

“[Helga] wasn’t just a maternal reference for the solitary, forsaken human waster Marta’s departure had turned me into. No. There was more. It was the intelligence, the good sense evident in her conversation, a gift that gave me space, at least a mental space where I could survive.”

Time is the major theme of this book, the passing of time, being in the moment, the way it moves imperceptibly slowly for one person and speeds past for someone else.

Beto’s proposal for the planning competition is a park with human-sized egg timers, which will allow people to take time out from the chaos of daily life.

There are illustrations to demonstrate the concept, as well as a picture postcard of the Spanish island of Mallorca, where the story ends, and reproductions of paintings by artists Otto Dix, who gets a mention.

As a novel it is all over the place—jumping randomly from one idea to another, and sometimes there are passages that are clunky and seem forced, perhaps as a result from being rendered from Spanish into English.

But then it will redeem itself. As Beto looks at a photograph of Helga taken when she was the same age as he is he muses: “Maybe it was the photo she thought of as looking most like herself, before she was changed by the passage of time into someone who was no longer her at all.”

Despite the occasional dip and scattered narrative, Blitz somehow works as a novel, not in a beautifully controlled way but in the way that a crazed painter fires pellets of paint at a canvas and then attacks them with his brushes to create an abstract but somehow coherent piece of work.