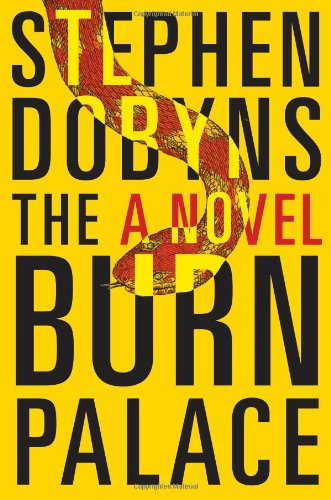 The Burn Palace is an intriguing fictional mystery set in the town of Brewster, Rhode Island, and includes elements of the supernatural, satanism, and other alternate religions, including neo-pagans, Wicca, and witchcraft.

The story begins inside the maternity unit of the Morgan Memorial Hospital with the theft of a newborn baby. The baby has been replaced with a snake, which is believed by some to have a symbolic meaning. Other disturbing events follow when insurance investigator, Ernest Hartmann, who is in Brewster to investigate a fire, is murdered and scalped.

Coyotes appear all over town, terrifying the Brewster residents. Paranoia sets in and people become more mistrusting. Parents keep their children indoors. Other residents start to display odd behavior, and at the center of the mystery is You-Yous and its owner, who tries to educate the detective about the concept of shape-shifting, plus the strange masseuse, who massaged Ernest Hartmann shortly before his murder.

At times, the story appears to be narrated by someone or something, possibly a non-human entity, observing the town from above, witnessing all events at once, increasing in the reader the expectation of something ominous about to occur. Throughout the story, this sense keeps the reader engaged. And a fledgling romance developing between the detective and the journalist offers the reader a chance to escape from the more frightening elements and catch a breath.

A large cast is introduced very early on in the story, making it rather difficult to follow, plus there are a number of blunt scene changes; however, once the reader becomes familiar with the author’s style, the plotline is easier to follow.

The author creates and maintains a good level of suspense, and as the tension mounts, so does the chaos and the fear rampant in the town. The author brings the story full circle with a satisfying ending, leaving the reader with provoking thoughts and the sense that all is not as it appears. The supernatural elements stretch the imagination yet remain credulous.

The characters are well developed, intriguing, fallible, and real. The reader connects with the good and the bad and understands the risks the characters take and what drives them. The author creates problems and obstacles and presents the detective with adversaries and challenges to overcome. He gives Brewster a flavor and trusts the reader to make the observations.

The story is mysterious and engaging, leaving us with a certain sense of fear regarding the supposed social order and the legitimacy of the institutions we trust most.