The Bully Book: A Novel 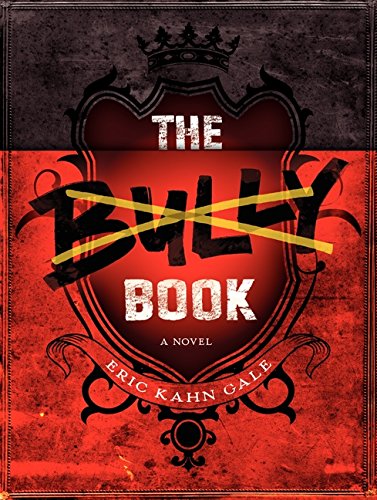 “Turning a personal tale of adolescent woe into . . . a popular book and perhaps even a movie is a triumphant act—if not sweet revenge.”

The Bully Book, partly a mystery novel and partly a coming of age story, could be THE book that makes the cyber generation turn from being bystanders to upstanders, as in standing up against bullies. But the author, Eric Kahn Gale, didn’t intend to make an anti-bullying statement. He just wanted to tell a good story about a kid detective. He certainly did that.

The Bully Book begins like a how-to manual for becoming a bully, in this case the person who decides the social pecking order at school. Author Gale alternates chapters from a mysterious manuscript about manipulating to become the top dog with the journal of Eric Haskins, underdog, who for reasons he can’t fathom has been designated the school “Grunt.”

School has just started, everybody is picking on him, and all this negative activity seems to be orchestrated. Eric is determined to find out the mastermind behind the putdown campaign. Using his observation skills and logic, he slowly uncovers the existence of The Bully Book, an instructional manual on how to become master of the school universe. But who was the junior Machiavelli who wrote it? And how did the author decide who gets chosen to be the target?

Eric finds out but not until he learns a lot about himself and the people he thought were his friends. As Eric solves the mystery, he takes control of his emotions and comes to terms with being a “normal” kid, maybe not perfect but certainly undeserving of the treatment he gets. In fact, any reader with a heart will conclude that no one deserves to be the Grunt, the outcast, the picked on.

The instructional part of the book—pages from the The Bully Book Eric unearths—gives a realistic peek into the kind of bullying that is rampant in schools these days. Seeing the manipulation and meanness laid out so matter-of-factly ought to turn off normal young readers.

Eric Kahn Gale must be allowed a little smirk of satisfaction. Turning a personal tale of adolescent woe into what will surely be a popular book and perhaps even a movie is a triumphant act—if not sweet revenge.