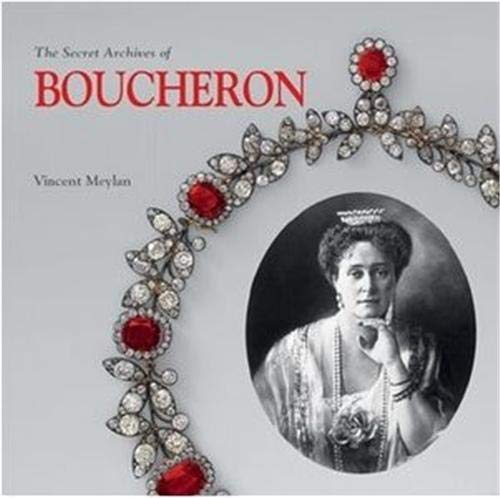 “When it comes to books about fine jewelry, Boucheron: The Secret Archives is a must for your coffee table. One of the most coveted, legendary brands among the cognoscenti, Boucheron is well represented here in both text and image.”

This is as much about the house of Boucheron as it is a history lesson starting in the late 19th century. One of the world’s most prestigious and revered jewelers has opened its history to Mr. Meylan via the secret archive better known as “The Book of Stones.”

Suddenly we are thrust into a world of unimaginable wealth, a place where traditions include not only wedding ceremonies and engagements, but also dowries, the wedding basket, and unimaginably extravagant gifts. We also become privy to the intelligence and finesse that it took to build the house of Boucheron.

There are innumerable amusing stories and amazing anecdotes that accompany the history of a segment of the world population that only a very minute few inhabit. Think of a world where tsars, maharajahs, king, queens, shahs, actresses, billionaires, pinnacles of high society, and even courtesans have something in common: Boucheron.

Boucheron had the market cornered when it came to crowns and tiaras or so it would seem. The book offers up names such as Romanov, Vanderbilt, Farouk, Astor, Pahlavi, Windsor, and various and sundry people of unimaginable wealth and resources who have passed through the various doors at the shops of Boucheron and spent more money than you and I combined make in a decade.

Now that you have an idea of the who and the what, you must brace yourself for the truly exquisite illustrations that accompany the stories. There are photographs of original gouaches of the pieces as well as the clients who purchased them, and then there are the reproductions of the pages from the book of stones and of sales orders from the clients attached to those.

When it comes to books about fine jewelry, Boucheron: The Secret Archives is a must for your coffee table. One of the most coveted, legendary brands among the cognoscenti, Boucheron is well represented here in both text and image.