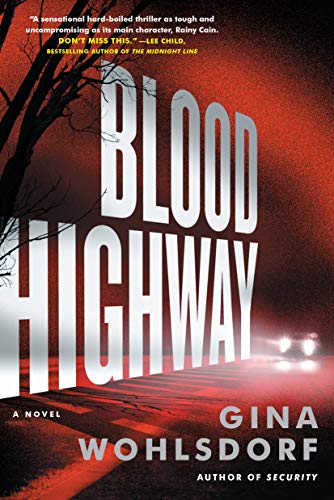 “Wohlsdorf should be rightly hailed as a new and genuine voice in American fiction.”

In the grand tradition of the American hard-boiled school of crime fiction, few main characters can hold a candle to the toughness of 17-year-old Rainy Cain. The Minneapolis teenager is an accomplished thief (petty crime only) and one of Minnesota’s best liars. She tells her small circle of friends that her mother is a doctor at the Mayo Clinic, when the truth is that she is a mad woman who lashes out violently at Rainy for little to no reason.

Rainy’s terrible ordeal begins during the brutal winter of 2001. On an average Thursday she comes home and finds her mother dead in a bathtub full of rose-colored water. Suicide. She calls the police and meets Sergeant Blaine Clay, a Brooklyn-born cop whom Rainy describes as “blandsome.” Blaine takes an interest in Rainy; he brings her back to his home instead of leaving her overnight in a prison cell. It turns out that Blaine’s mother committed suicide when he was young, too, and therefore he has some insight into what is going in in Rainy’s head.

Sadly, things get a lot worse for Rainy. Her father, Sam Cain, shows up out of the blue after escaping from Sing Sing. Sam is an experienced bank robber who left behind several bodies during his reign of terror between 1976 and 1986. He’s back now because he thinks his daughter knows what her mother did with four million dollars—the last take from Sam’s final heist. Sam abducts Rainy and takes her all across America on a drug-fueled odyssey that also includes a criminal with a heart of gold (and HIV), two novice criminal coeds, and lots and lots of blood.

Blood Highway is almost comically violent. There are at least four or five shootouts, all of which end with someone mortally wounded or severely maimed. Sam Cain is a monster of biblical proportions: the ex-con is initially sweet as sugar pie to his daughter, but, near the end of the spree, he looks at his mangled daughter in the trunk of a stolen car and says, “‘Daddy’s going to check, all right?’” Sam wants to make sure that Blaine’s taunt of having taken Rainy’s virginity is just a fabrication.

Rainy is the recipient of most of the novel’s violence, but she is far more than a victim. She is tough and cynical. She always has a witty remark full of snark hiding somewhere on her lips. She is also the ultimate survivor who can make split second decisions that keep her alive. However, not all of her decisions are logical, such as her decision to sleep with the HIV-positive getaway driver.

Rainy and Blaine are the anchors of this pitch-black noir. Their story is a compelling one. It is readable. The only parts of this book that are troublesome are the scattered, staccato moments that are unexplained or not properly explained. The book opens with Rainy’s random excursion to Los Angeles. It seems that Rainy has been to L.A. before, but Los Angeles and Rainy’s frequent Greyhound trips are never mentioned again. Also confusing is the failed bank heist in Las Vegas that Rainy sees after snorting her first line of cocaine. In the next scene she manages to steal a car before destroying it in the desert somewhere between Nevada and California.

Blood Highway is an excellent book with certain blemishes. These blemishes do not detract much, and Wohlsdorf should be rightly hailed as a new and genuine voice in American fiction.