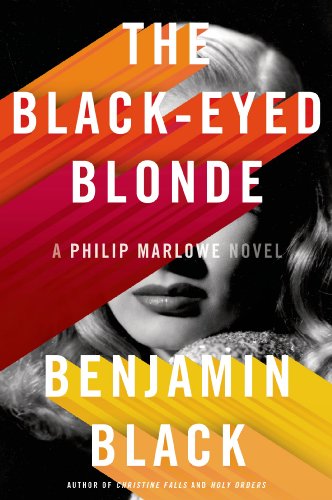 “It should come as no surprise that Benjamin Black has brought Phillip Marlowe wonderfully back to life.”

The publishing world of late has taken a cue from Hollywood and embraced the profitable business of the franchise reboot.

Late last year, and within two months of each other, James Bond returned from literary limbo thanks to the talents of William Boyd and the cooperation of the Ian Fleming estate in Boyd’s well-received 007 novel Solo; while Bertie Wooster and his wiley valet Jeeves similarly emerged from a long incarceration imposed by the trustees of the Wodehouse estate, in Sebastian Faulkes’ Jeeves and the Wedding Bells. This fall, Agatha Christie’s Hercule Poirot will be resurrected in the first authorized new Christie mystery written by Sophie Hannah.

In the meantime, we have the first crime novel in more than 20 years featuring Raymond Chandler’s legendary gumshoe, Phillip Marlowe, written by Benjamin Black, which is the by now well-known crime novel pseudonym of the Man Booker Prize-winning Irish novelist John Banville.

Not a few eyebrows shot up in surprise two years ago when the Chandler estate announced its choice of Mr. Banville, whose dense, near-Joycean prose in The Sea and Ancient Light, among his more recent works, seemed ill-suited to Chandler’s famously terse, punchy crime writing in seven Marlowe novels produced over 20 years, starting with 1939’s The Big Sleep. (Chandler left 31 pages of a new Marlowe novel at his death in 1950, which was completed by Robert B. Parker and published as Poodle Springs in 1989.)

But Mr. Banville’s Benjamin Black crime novels, the most recent of which was 2012’s Holy Orders, also feature a brooding detective (Quirke—no first name ever given), a gritty mid-20th century urban setting (Dublin), social prejudice and bigotry (mostly concerning a corrupt Irish Catholic church of the time) and nefarious doings in society’s nether regions that are traced to its upper crust.

So it should come as no surprise that Benjamin Black has brought Phillip Marlowe wonderfully back to life in The Black-Eyed Blonde.

Despite the gap of two decades, it’s still a noir 1940s in Marlowe’s Los Angeles when beautiful heiress Clare Cavendish walks into his office asking for help in finding her missing lover, Nico Peterson.

Her smile “was like something she had set a match to a long time ago and then left to smolder on by itself,” Marlowe tells us in Mr. Banville/Black’s spot-on homage to Chandler’s trademark simile-laden prose. He seems especially fascinated by the shapes of his characters’ heads, which are variously compared to a shoebox, a peanut, and a hunk of lightly boiled beef.

One gets the feeling that Mr. Black is struggling a bit to keep the lid on Mr. Banville’s famously exuberant prose and is allowing him to let off a little steam here and there while keeping him on the straight and narrow Chandler path.

From that classic femme fatale opening, Marlowe embarks on an investigation with plenty of the twists and turns we expect from a Chandler mystery. Nico Peterson may nor may not be Clare Cavendish’s lover; he may or may not be dead; and he turns out to be a link to someone in Marlowe’s past, who will be a familiar name to fans of the Chandler oeuvre.

Vivid, screenplay-ready characters crowd the pages, spouting 1950s slang, like the cop who angrily tells Marlowe “Go boil your head!” and a bartender (with a head “like an oversized potato”) who asks “What’ll yiz have, boys?”

Marlowe swills down much bourbon and many gimlets, indulges in philosophical musings while slumped at a smoke-hazed bar, gets beaten senseless, and is nearly drowned before the case is solved and justice served.

In venerable Chandler tradition, Marlowe falls in love with the wrong woman. “Her kind of beauty doesn’t slip through your fingers without leaving them singed,” Marlowe tells us near the end of The Black-Eyed Blonde. But Mr. Black leaves us wanting more of Marlowe, now that we’ve welcomed him back, and wanting to pour ourselves a good stiff gimlet until he saunters back to the bar.