How to Behave in a Crowd: A Novel 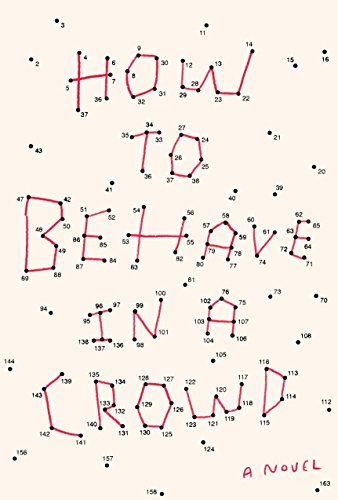 After two novels in French Camille Bordas’ first novel in English is a bittersweet gem with wise, witty, and charming appeal. Our narrator, Isidore Mazal (who prefers to be called Izzie, but whom everyone calls Dory), is the youngest (11 at the start of the novel) and least intellectually or artistically precocious of six children living in a four-bedroom house in a small town in France in the outer suburbs of Paris with their practical, devoted mother and largely absent (due to work-related travel) father.

Since Berenice moved out Aurore has their bedroom to herself, while Leonard shares his with Jeremie, a cellist who is pursuing a master’s degree in musical composition. Leonard’s dissertation topic is a secret, and Jeremie insists that since music is abstract there is nothing to discuss.

Izzie’s roommate is his sister Simone, who though only 18 months older is already in high school at age 13. She is the most intellectually snobbish and conceited of the gifted siblings, plans to be a novelist, and wants Izzie to write her biography. Izzie is closer to his sisters than to his withdrawn brothers.

Because there are so many siblings, and because their mother likes to go to church on Sundays when their father is abroad on business, some locals think the family is Catholic. About that Simone, the family wit, quips that people probably think they are Jewish because they’re so smart.

Their surname Mazal is the Hebrew word for luck, and while the family is clearly upper-middle class their stained velour living room sofa indicates that they are probably not wealthy, while the older children’s impractical pursuits suggests they are not materialistic. Mazal has a different meaning in Arabic (and none in French), but Izzie states that he doesn’t know any Arabs. Readers may infer that this secular French family has a Jewish father and a Christian mother.

If his older siblings are more cognitively intelligent, Izzie has greater emotional intelligence and resilience, and it is to him that his mother and sisters turn at emotionally stressful moments for comfort and support. Whether cool reason and emotional sensitivity can coexist in the same person or work of art is one of the novel’s central philosophical/psychological themes.

Not that Izzie is a dull child. He is curious enough to read his older sisters’ doctoral dissertations and smart enough to understand most of what he reads, though he can be a bit too literal. The first time he hears the phrase “moral compass” he thinks it’s a device one can buy in a store.

When he reads in Aurore’s dissertation that a medieval Spanish philosopher divides human intelligence into reason, memory, and imagination Izzie immediately realizes that his memory is his strongest faculty and asks his mother what are appropriate careers for people with good memories. She flippantly replies, “German teachers,” and though Izzie doesn’t know a word of German he decides that will be his vocation, perhaps also because of his father’s fondness for the language.

Izzie may be emotionally sensitive, but he isn’t a saint and makes hurtful faux pas one might expect of a child his age. Though not as brilliant as his siblings he is more intellectual than his classmates, has few friends at school, and his closest friend Denise identified and chose him as a fellow outcast. He also befriends a woman in his town a century older than he who is the oldest person in France, and he inherits a pen pal of Simone’s whom she dismisses as insufficiently intelligent. Izzie’s repeated attempts to run away from home are a recurring motif.

The narrative arc of the novel spans three years and two losses, one near the beginning and the other near the end of the novel, and Izzie’s reactions to loss at 11 and 14 are psychological snap shots of the young man at those ages. And though Bordas has chosen a male narrator her female characters are formidable and memorable, especially Simone.

How to Behave in a Crowd will resonate with readers who grew up in large intellectual families, but it should also appeal to fiction readers interested not only in families but in learning how to find fulfillment by balancing the life of the mind with life among others in the world outside oneself. Because an adult perspective is required to appreciate Izzie’s story this is not a YA title.

In a New Yorker interview Bordas says she switched to writing in English after moving to the United States with her American husband, and she finds English’s concision and faster pace liberating compared to French. The novel is set in France, and one taste of French she preserves is having the children and their mother refer to their father as “the father,” a use of the definite article more characteristic of French than English.