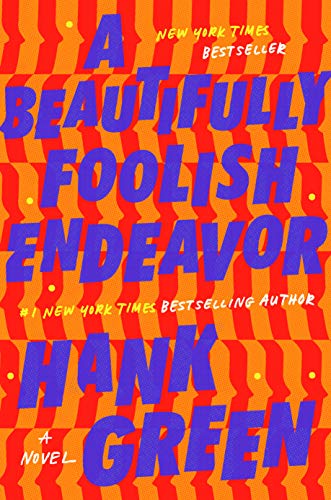 A Beautifully Foolish Endeavor delivers everything a sequel should: the same characters, emotion, and appeal as the original, but with enough novelty to extend the world of the story into new places. The first book in the series, An Absolutely Remarkable Thing, is told entirely from the perspective of April May, whose self-described “voicey prose and tendency to overcapitalization” dominates the narrative. The new book expands from April May’s story to that of all her friends. The other characters from the first book—Maya, Andy, and Miranda—trade chapters, describing their experiences since the resolution of the first novel.

The world now faces a new alien threat. The giant robots from the first book (“Carl”) meant well for humanity, but not so much Carl’s brother. Where Carl wanted to influence humanity into saving themselves, his brother plans to simply take over every human mind, forcing peace through slavery. But does humanity deserve any better?

As Maya says: “Why bother? If your brother . . . can help us find peace and not destroy ourselves or whatever, then why fight it? We are cruel, to ourselves, to each other, to other life. We’re selfish, shortsighted, hateful fools. Why not just have peace?”

Only Carl—the alien—takes humanity’s side: “Your cruelties and mistakes may look damning to you, but that is not what I see. Every human conversation is more elegant and complex than the entire solar system that contains it. You have no idea how marvelous you are.”

This book grapples with questions of what humanity deserves, and whether humanity can handle the power that access to alien technology offers. Like the first book, although aliens threaten the world, the core of the story is a human one about fame and social media and having a voice on the Internet. Ultimately, the reader is left with intriguing questions about whether humans are able to use power for good.