The Art of Fiction (Kapnick Lectures) 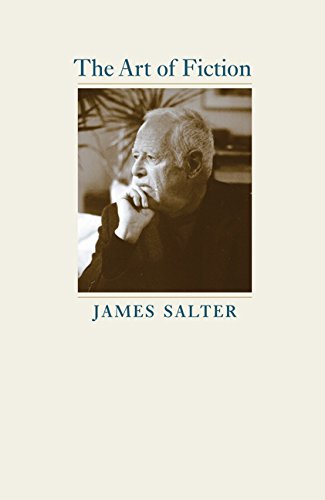 Though author James Salter died in 2015, a few months before he died he was the writer in residence at the University of Virginia and wrote and gave three lectures. This slim book is the transcript of those lectures.

The Art of Fiction’s introduction was written by John Casey, author and Salter’s friend, and provides a heartfelt introduction to James Salter and his body of work. Casey points out that critics’ reviews of Salter have been mixed. Where one critic writes that Salter’s writing is “luminous,” another writes “luminously depressing.”

If this reviewer were to sum up James Salter, it would be that Salter is a keen observer of the emotionally charged aspects of human nature. Salter’s narrator, the “I” of the story, always remains coolly detached where lesser characters, reflecting the will of their authors often hesitate, hedge, and dissemble. On the flip side, this reviewer also considers the narrator, the “I” to often be emotionally distanced, cold, and hard-hearted.

If you wanted to be a writer, reading Salter might be depressing as he does what he does so well. Consider too that what a reader would get from these lectures may not be all that helpful. Salter tells his audience, “Actually, I don’t think anyone can teach you how to write a novel.” And this, “To be a writer is to be sentenced to correcting.”

These lectures, however, as an introduction to works of great literature will be of great value to readers-as-readers. In the lectures Salter lists novelists that he admires and provides passages from books and book plots. One can see writers reading The Art of Fiction with a notebook to jot down the names of authors and books mentioned.

Salter on “style,” “Style is the entire writer. You can be said to have a style when a reader, after reading several lines, or a part of a page, can recognize who the writer is.”

Salter, on having his book rejected, “It’s a rare writer who doesn’t experience rejection, at one point or another, and the book was after all not anything sacred, though it had been sacred to me.”

In the second lecture in The Art of Fiction, Salter at first explains that he is going to address how how to write plots and storytelling but then walks the statement back, “It’s really about certain people’s novels. It doesn’t presume to teach about how to do it,” and then spends time on the importance of the opening sentence, with examples. He then goes on to point out more novelists that he admires, how they wrote, what makes their writing worthwhile to read, plus noting interesting characters and offering more description.

He addresses the question of whether characters in books are based on real people. He talks about how writers wrote novels, where “how” becomes the mechanics of where they sat and how they kept notes. He continues identifying works of literature he considers significant including works by essayists, book critics and theater critics. Salter, a memoirist, tends to favor memoirists. “He does not praise all identified authors uniformly. The writers I place the highest are Nabokov, Faulkner, and Saul Bellow and Isaac Singer—I put the last two together because of the qualities they share.” Of Theodore Dreiser, he says Dreiser was a bad writer but a great storyteller.

The Art of Fiction ends with a quote from All That Is, “There comes a time when you realize that everything is a dream, and only those things preserved in writing have any possibility of being real.”

The Art of Fiction, written by a great writer, will be of value to those who love reading.