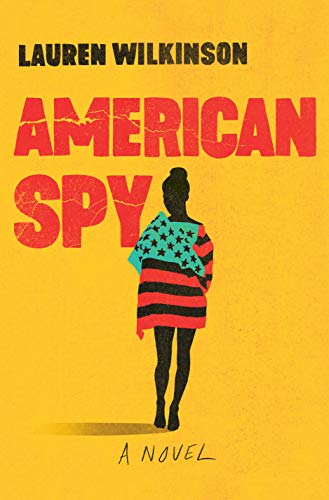 If you are an admirer of the FBI and/or the CIA you may not like this book, but you still should read it. The FBI is seen as too bureaucratic for its own good and many of its agents inept. The CIA is portrayed as an organizational jungle, obsessed with seeing Muslim terrorists and communist influences under every African bed, and yet insecure enough about its own moral compass that it uses “contractors” to do the dirty work it shies away from.

It’s an unusual and fascinating way of writing a critique of the two organizations. It’s about espionage, told from the perspective of a black woman, an FBI operative.

Lauren Wilkinson, the author, is only twenty-something, so it is amazing that she could have gathered such wide-ranging experience of these two secretive organizations. She writes plausibly.

The main character, Marie, works as an intelligence officer for the FBI. She has already hit the glass ceiling—the old white boys’ club still decides on promotions.

Then fortune (of a kind) smiles. An admirer, Daniel Slater of the CIA, in fact a friend of her sister, recommends she be seconded to a mission in Burkino Faso, joining a shadowy task force, she assumes wrongly, is part of the CIA. The mission is aimed at undermining Thomas Sankara, its charismatic, very clever president who riles the American government with his socialist policies. The late Sankara, a real life person, has been regarded as “Africa’s Che Guevara.”

She suspects the reason that she has been offered this work is that the CIA thinks she should be able to seduce Thomas, as everyone calls him, and thus gain the information the CIA requires to discredit him in the eyes of the populace. Slater was prepared to pay her a hefty fee to do this.

In fact she does seduce Sankara, but for her own pleasure, not for Slater, whom she comes to profoundly mistrust. In time she falls in love with Sankara.

Slater has his own organization, he later informs her. It has been established to do the work the CIA “don’t have the balls for,” as Slater puts it, i.e. killing Sankara. Marie is his chosen tool.

Slater’s firm is not paid for by the US government but by corporations and “a couple of governments who’ll benefit from this service.” When the president is murdered and a pro-capitalist government installed, he explains to Marie that his organization will set its sights on building military bases around Africa ready to mobilize “against the Russians, against terrorism, against war in the Middle East.” The CIA likes this arms’ length arrangement.

The intrigue at the center of the plot is well told. The pages are full of the unexpected. One is likely not to guess which way the story is going. The characters are complex as are the choices they make.

The novel is a bit akin to John Updike’s The Coup, which is also a tale of the intrigue around an African dictator and the CIA. Wilkinson has something of his style, too, knowing how to give a story just the right pace with enough twists and turns to encourage the reader to finish it in one sitting. Her ability to create an uncertain mood and a seedy atmosphere is reminiscent of Graham Greene.

Lauren Wilkinson is not yet on par with Updike and Greene, but it wouldn’t be surprising if this young, highly talented writer doesn’t get there before too long.